REDMOND, Wash. – A statement posted to social media, Nov. 23, is a prime example of the reckless, irresponsible misinformation that continues to mislead the public concerning the mission of U.S. Immigration and Customs Enforcement (ICE).

ICE maintains that cooperation by local officials and the community are an indispensable component of promoting public safety. Policy makers who strive to make it more difficult to remove dangerous criminal aliens and aim to stop the cooperation of local officials and business partners, harm the very communities whose welfare they have sworn to protect. Here. 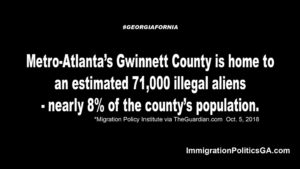 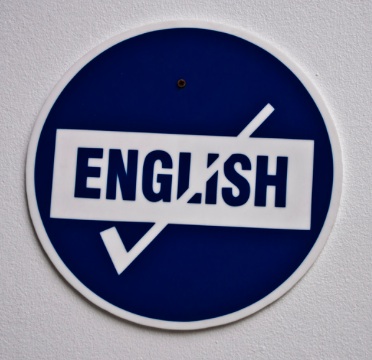 In the next two decades, a foreign-born voting population will be added to the United States electorate via “chain migration” that is double the size of the number of annual American births.

In the next 20 years, Breitbart News reported how chain migration is expected to import between seven to eight million new foreign-born voters, the Center for Immigration Studies (CIS) Director of Research Steven Camarota revealed.

The chain migration importation of eight million new foreign-born voters in the next two decades would be double the size of the annual number of U.S. births; about four million American babies are born every year.

Border Patrol agents working along the United States-Mexico border took into custody approximately 851,000 people in the U.S. government’s fiscal 2019, marking the highest number of arrests since 2007, according to federal data exclusively obtained by the Washington Examiner.

But the 40,000 people taken into custody in September is less than one-third of the 132,000 arrests made in May at the height of a surge of illegal immigrants.

Roughly 40,000 people were apprehended after crossing into Texas, New Mexico, Arizona, and California during the month of September. That number was added to the previous 11 months to bring fiscal 2019, which ran Oct. 1, 2018, through Sept. 30, to slightly more than 851,000 arrests. Those arrested for illegally crossing into the U.S. from Mexico may have claimed asylum once in custody, but that figure is not released by the government each month.

The 851,000 arrested at the southern border does not include the number of people who approached ports of entry, or border crossings, to claim asylum or pass through but were turned away. Here.

63% of noncitizen-headed households got some form of welfare benefit in 2014, compared with 35% for citizens.

Increasing illegal and legal immigration to the United States is the most unpopular position a 2020 presidential candidate can take, as well as giving illegal aliens the right to vote, according to a new poll.

The latest Harvard/Harris Poll finds that 2020 presidential candidates who want to increase overall immigration to the U.S. — while the country already admits 1.5 million foreign nationals every year — are the least likely to win over American voters.

When all U.S. voters were asked which position would make them the most unlikely to vote for a 2020 presidential candidate, “opening our borders to many more immigrants” topped the list with 64 percent. Here, from Breitbart News

The continued border crossings of illegal aliens from Central America into the U.S. will lead to hundreds of thousands of people being released into this country under “catch and release,” according to Princeton Policy Advisors.

This will most likely cause a drain on our school system to the tune of 300,000 illegal students enrolled.

“We anticipate more than 700,000 migrants will successfully enter the country, increasing the unauthorized Hispanic population by nearly 10 percent,” the organization reportedly wrote in a memo. Read the rest here.

“Fewer than 10% of border surge cases from N. Triangle countries are found qualified for asylum” – “85% have been ordered removed in absentia”

Answering the smear:“blow up your buildings..”How a lie passed on by the AJC’s Jim Galloway in 2007 is still being used against D.A. King (me)