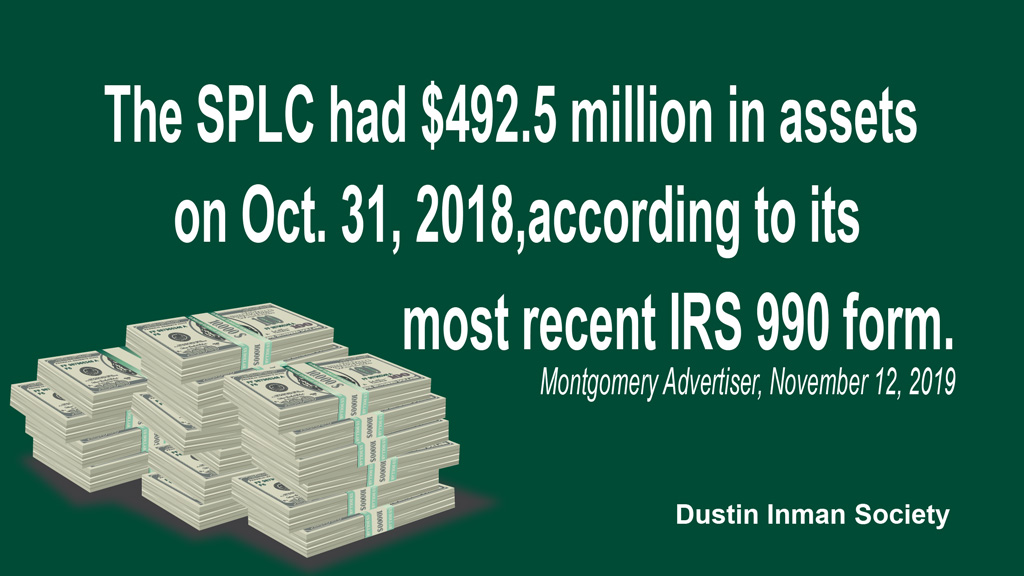 Some insight on the discredited Southern Poverty Law Center (SPLC) that escapes coverage by the liberal MSM. 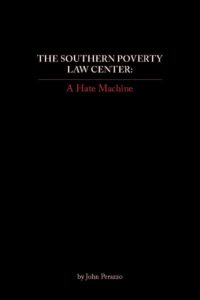 We urge readers to take advantage of the informative pamphlets on the SPLC  offered by David Horowitz’s Freedom Center which can be ordered here.

Heidi Beirich oozes out of hate-mongering SPLC in leadership shakeup

When I first became aware of the absolute hatred and dishonesty of Morris Dees’ moneymaker, the discredited fundraising machine, the Southern Poverty Law Center, I wanted to write that Dees was rather like some  TV “evangelist” hustlers – but that had already been done. A former associate of Morris Dees, renowned attorney Millard Farmer says of Dees: “He’s the Jim and Tammy Faye Bakker of the civil rights movement…though I don’t mean to malign Jim and Tammy Faye…”

Ken Silverstein, writing in Harper’s magazine in 2000 (“The Church of Morris Dees, How the Southern Poverty Law center profits from intolerance”) said “… the SPLC spends most of its time–and money–on a relentless fund-raising campaign, peddling memberships in the church of tolerance with all the zeal of a circuit rider passing the collection plate.” See also “Hate” immigration and the Southern Poverty Law center.”

I wanted to write that I see Dees as “a fraud and a con man.” But in 1996 someone named Stephen Bright already did.

Or “Dees is a Fear monger, Profiteer and Hypocrite”…nope, already been done – Paul Hall, Managing Editor, in the Midpines, California.

THE SOUTHERN POVERTY LAW CENTER IS EVERYTHING THAT’S WRONG WITH LIBERALISM – Current Affairs, a Magazine of Politics and Culture

The SPLC Fires Its Co-Founder, and Its Own Intolerance Is Exposed Again – National Review

From the in suburban Washington, D.C., editorial ”Lump of Coal” on Morris Dees and the SPLC in December 2003: “…a bunch of slick, parasitic hucksters who live high on the hog by raising money on behalf of needy people who never see a dime of it.”

This expose is informative on the SPLC from the Montgomery Advertiser:

“Inside, no blacks have held top management positions in the center’s 23-year history, and some former employees say blacks are treated like second-class citizens. “I would definitely say there was not a single black employee with whom I spoke who was happy to be working there,” said Christine Lee, a black graduate of Harvard Law School who interned at the Law Center in 1989. Only one black has ever been among the top five wage-earners at the center, and he was one of only two black staff attorneys in the center’s history. Both said they left unhappy.

The Law Center’s ambitious new project, Teaching Tolerance, which is designed to promote racial and cultural justice throughout America’s schools, is produced by an eight-member all-white staff according to the Law Center.”

We should note here that the SPLC hates me and most pro-enforcement immigration activists. *One of their lobbyists tried to steal my cell phone/camera in a Georgia Capitol committee room in 2018. These people are leftist open borders scum. But allow me to share some other opinions…”

Here is a video education from Tucker Carlson.

Can a black, pro-enforcement immigration activist be a ‘white nationalist?’ Social Contract Press

“That was amusing, to this African-American woman who, along with other black Americans, and Latino and Asian Americans found ourselves attending a “white nationalist conference” if you were to believe the Imagine 2050 and the SPLC.

Mind you this was a conference at which two Latinos made presentations and another Latino told the heartbreaking story of his brother’s murder at the hands of a twice-deported illegal alien.

Memo to Imagine 2050 and the SPLC: I was born and raised in Atlanta, Georgia in the years immediately following the civil rights era. I would spot a real white nationalist a lot faster than you ever could.

This entire smear campaign would be amusing if it wasn’t so sick.”…

THE SOUTHERN POVERTY LAW CENTER’S PERFECT STORM  – And why religious freedom is at stake – FrontpageMag.com

Daniel Greenfield, a Shillman Journalism Fellow at the Freedom Center, is an investigative journalist and writer focusing on the radical left and Islamic terrorism.

“The nation’s longest running civil rights mail order scam has almost $450 million in assets. The Southern Poverty Law Center, founded by a lawyer who had formerly defended a violent racist who beat a Freedom Rider on behalf of the KKK, has a swollen bank account but is headed for a reckoning.”

*One of my personal favorites –> How I Became a Hate Group  (or,  “how could an organization which wrote down “Casa D’Ice Signs” as a hate group without realizing that Casa D’Ice was a bar, make a mistake?”)

“When I went to sleep last night, little did I know that while outside sirens competed with car alarms in the symphony that is New York City, I had already been declared a hate group. Being declared a hate group wasn’t in my plans for the day, but like winning the lottery, it seems to be one of those things that happens when you least expect it. Except that as the little bald man in front of the bodega tells you, you have to play to win, but you don’t even have to buy a ticket to be declared an official hate group. My first response on finding out that I was now a hate group was to look around to see where everyone else was. A hate group needs the group part and one man and a cat don’t seem to be enough. Even when the cat is a well known bigot who hates mice, birds, car alarms that go off in the middle of the night, the plumber and sudden noises.

Still the Southern Poverty Law Center had listed, “Sultan Knish a blog by Daniel Greenfield” as one of their Active Anti-Muslim Hate Groups, alongside such other vast organizations as “Faith Freedom”, a website for ex-Muslims, and “Casa D’Ice Signs”, the signs on a bar located on K-Mart Plaza in Allegheny County, Pennsylvania.

Someone with less faith in the fact checking abilities of the Southern Poverty Law Center might have thought that whoever had made up this list had no clue that “Casa D’Ice” was a lounge with signs outside, that there was no such group as “Casa D’Ice Signs” and that signs are pieces of plastic and not a hate group…”read the rest here. It’s a hoot.

A Liberty Counsel Special Report
The Southern Poverty Law Center Exposed
(Download PDF)
“Speaking to a friendly audience, Senior Fellow of the Southern Poverty Law Center (SPLC), Mark Potok, spoke frankly about his group’s real purpose. It’s not what most in the media think. “Sometimes the press will describe us as monitoring hate crimes,” Potok told a luncheon crowd.

Potok then said, “I want to say plainly that our aim in life is to destroy these groups, to completely destroy them.”[1]

And the SPLC is highly selective in who it seeks to “destroy.” While the SPLC’s original focus was on racial hate groups that promote or engage in violence, it has now included nonviolent, peaceful individuals or groups based on ideological disagreement.. As Potok admitted in an interview, “Our criteria for a ‘hate group,’ first of all, have nothing to do with criminality or violence or any kind of guess we’re making about ‘this group could be dangerous.’ It’s strictly ideological.” Here.

5 Reasons the SPLC is a hate-mongering scam – The Federalist

Reminder: The Southern Poverty Law Center is a fraud and nobody should treat them as responsible actors – Washington Examiner

Hate, Inc.: The SPLC Is a Hyper-Partisan Scam – National Review

I will fill in more examples as time allows – there are many. It should be noted that the Atlanta Journal Constitution and their reporter Jeremy Redmon use the SPLC to attack critics, at least they do yours truly. And WSB-TV News spreads the smears of the SPLC without investigation.

We complied info on the SPLC for years on the old blog – here.