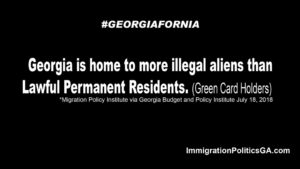 The Diversity of Illegal Immigration

I live on a farm beside a rural avenue in central California, the fifth generation to reside in the same house. And after years of thefts, home break-ins, and dangerous encounters, I have concluded that it is no longer safe to live where I was born. I stay for a while longer because I am sixty-five years old and either too old to move or too worried about selling the final family parcel of what was homesteaded in the 1870s.

Rural Fresno County used to be one of the most ethnically diverse areas in the United States. I grew up with first-, second-, and third-generation farmers—agrarians of Armenian, German, Greek, Mexican, Japanese, Portuguese, Punjabi, and Scandinavian descent.

Race and ethnicity were richly diverse; yet assimilation was the collective shared goal—made easier because immigration was almost entirely a legal and measured enterprise. No one much carried for the superficial appearance of his neighbors. My own Swedish-American family has intermarried with those of Mexican heritage. My neighbor’s grandchildren are part white, Japanese, and Mexican. The creed growing up was that tribal affiliation was incidental, not essential, to character.

Family farming was never an easy enterprise. But an us/them mentality prevailed that united diverse farmers against both human and nature’s challenges. Yet most of those rural families now have all moved away or passed on. Their farms are leased to corporate enterprises and their homes rented to mostly immigrants from Mexico—many of them undocumented. Globalized agribusiness and unchecked illegal immigration, in different ways, combined to change central California and has made living in rural areas no longer safe.

Almost every old farmstead in my vicinity is no longer just a home for a single farm family. They are often now surrounded by trailers and lean-tos, in turn sub-rented out to dozens of others—violations of zoning laws and building codes of the sort that would earn me a stiff fine, but which are of little interest to local authorities. Of three neighboring farmsteads down the road, one is now a storage area for dozens of used porta potties and wrecked cars. Another is an illegal dumping ground. The third has been raided on various occasions by authorities in order to stop drug dealing, gang activity, and prostitution.

Our rural environs are often home to hard-working immigrants, but also to various Mexican gangs, drug dealers, and parolees. I hesitate to offer too many details because in the past I have incurred the anger of dangerous neighbors who got wind of filtered down stories of their criminality. It is enough said that sirens, SWAT teams, and ICE raids are not uncommon.

A month ago a gang member shot up a neighbor’s house. He was arrested, released, and rearrested in a single night after trying twice to break into the home. The armed homeowner stopped his entry. I know of no nearby resident who is not armed. I cannot remember anything remotely similar occurring before 1980. In the 1970s we had no keys to our doors, and houses were permanently unlocked.

Some of those with criminal records and gang affiliations were born in the United States. Perhaps America often does not seem as much a promised land to the second generation as it did to their parents, who arrived destitute from impoverished Oaxaca, Chiapas, and Central America. Arriving from one of the poorest regions in the world to one of the wealthiest and most culturally different— without the competitive requisites of English, legality, and a high-school diploma—in an era when the salad bowl is preferable to the melting pot, can easily result in the frequent chaos described below.

I object most to the environmental damage in our rural areas. By that I mean the tossing of household waste or even toxic chemicals onto farmland. Staged cock- and dog-fighting is also not uncommon. I have found a few carcasses ripped to shreds, some with ropes around the dead dogs’ neck.

Picking up tossed junk in my orchard is a routine experience. The perpetrators often leave plastic bags of their bulk mail (with incriminating addresses!) among soiled diapers and wet garbage. Local authorities have enough to do without hunting down dumpers to cite them for their antigreen habits.

Every once in a while amateur and illegal collectors, who freelance for immigrant households that do not pay for “supposedly” mandated county garbage pick-ups, will come in at night with panel trucks and trailers. They dump literally tons of garbage such as mattresses, sofas, TVs, appliances, tires, junk mail, and car seats on alleyways and in vineyards.

Not long ago someone jettisoned in our vineyard hundreds of used florescent light bulbs, about 100 paint cans, and fifty-gallon drums of used oil and chemicals. Needles and drug paraphernalia are not uncommon. I’ve seen about five stripped-down cars abandoned on our property after being stolen. Last summer a huge semi-truck was left on our alleyway, picked cleaned down to the chassis.

I used to ride a bicycle in our environs. I quit for a variety of reasons.

If one is bit by unlicensed and unvaccinated roaming dogs— and there are many out here— and if their masters do not speak English or do not have legal status, then a nightmare follows of trying to get authorities to find the dogs and impound them before the owners or the dogs disappear. It is up to the bitten whether the decision to play the odds and not get painful, and sometimes dangerous, rabies shots is prudent or suicidal. As a doctor put it to me when I was bitten: “Rabid dogs are almost unheard of in the United States, but I have no idea of what is true of Mexico. Your call.”

Less dramatically, I got tired of watching local canteen trucks drive out on our rural roads, pull their drainage plugs, and dump cooking waste or toss leftovers on the road.

Sometimes there is more comedy than melodrama out in rural Fresno County. About two months I noticed that a number of my roadside cypress trees seemed ailing. I tried gopher bait, given what I thought were strange burrows near the trunks.

Then one evening I heard voices near the trees. Two immigrants, neither speaking English, were digging with hand-held hoes for what they said were hongos. They produced a large clear plastic bag that instead seemed full, of all things, harvested truffles—which I had never seen or heard of in the area.

I couldn’t figure out whether the forest humus ground up from fallen Sierra trees I had purchased, or the roots of the cypresses themselves, had spawned truffles— or whether they were even truffles or perhaps some sort of strange looking subterranean tree growths or mushrooms. In broken Spanish, I politely asked that they not periodically dig up my tree cypress-tree roots but could sell their already collected hongos in their bags at the local swap meet as they said they had intended. We left amicably enough.

On lots of occasions, drivers (almost always on Sunday afternoons) have veered off the road, torn out vines or trees, left their wrecked vehicles, and run away. Authorities belatedly arrive and explain there is no valid registration, insurance, or known licensed driver to be found—but that the damage in the thousands of dollars cannot be mitigated by selling the abandoned car, which must be impounded.

Identity theft is a problem. The IRS has reported over one million cases of likely illegal immigrants using false or multiple identities. Once I went online and discovered my checking account was suddenly in arrears by several thousand dollars. When I pulled up the cancelled checks, I saw perfect replicas of my own, with the proper bank and router numbers in the lower left corner of the checks—but at top with the name and address of a different person and with the reverse of the check stamped with his ID at a local Spanish-language market. The bank said I could call police investigators or simply file a claim that it would quickly cover. And it did. I have not written a local check to any person or business since.

Hot pursuit by local authorities that blast into private driveways is scary. On one occasion the sheriffs and police lost their fleeing target (who later turned out to be a felon with arrest warrants) and gave up the chase. An hour later in the dead of night I heard the accomplice near our patio. He had apparently jumped out the passenger door of the car and hid under our pecan tree. I held him at gunpoint until the flummoxed authorities returned.

When my daughter was thirteen, she and I were broadsided in our pickup by a driver who ran a stop sign. I called the local police. We were bruised but not hurt; the truck dented but drivable. She waited behind the pickup as I chased the driver who had fled on foot from his overturned car. I caught him just when the police arrived.

Rural Central California is sort of ground zero for illegal immigration and its auxiliary effects. From experience, I can attest that the vast majority of illegal aliens are fine people, hard-working, and whose first and second offenses of entering and residing illegally in the United States were not followed by third and fourth acts of criminality.

Certainly after twenty-one years of teaching Latin, Greek, and humanities to immigrants at CSU Fresno, both legal and illegal, I believed that the melting pot can still work and most Hispanic arrivals integrate, assimilate, and intermarry with increasingly frequency despite the often-shrill protestations of campus identity politics advocates.

But the numbers of illegal immigrants have become so large—ranging from an estimated 11–20 million now residing in the United States—that both pessimism and optimism are now warranted. If only ten percent have criminal records or inordinately break laws, then the good news is that many millions more are likely working and crime free. The bad news is that somewhere between one and two million have entered our country illegally and repaid that generosity with criminality or ID theft or fraud.

Our local town has erected a sort of clannish statue of the Aztec goddess Coatlicue, the mother snake goddess to whom thousands were sacrificed, with the ill-fitting caption Viva La Raza (literally, “long live the race”). But I think most of our town’s overwhelming Mexican-American and Mexican population are about as indifferent to it as my Swedish ancestors’ children in the nearby town of Kingsburg are oblivious to various Swedish totems (although none of them are emblazoned with Viva ett ras!).

The tragedy of illegal immigration is that it did not have to be this way. Legal, measured, meritocratic, and diverse immigration leads to rapid assimilation and Americanization and enriches the country culturally and economically.

Its antithesis—illegal, mass, non-meritocratic, and non-diverse immigration—hinders the melting pot. It fuels tribalism, while incurring vast costs in social services to ensure some sort of parity for those from impoverished southern Mexico and Central America. The wages of our citizen working poor and their access to needed social services are not helped by thousands of new arrivals without legality and English. Read the rest here.