1) A reminder that anything-for-a-buck  Ola Nesheiwat Hawatmeh was campaign manager for “naturalize them” Michael Corbin – #GA07.

For readers new to the campaign antics of Republican Michael Corbin, we link to a recent fact-filled column from Inger Eberhart: “GOP runoff in Georgia’s CD07 sees false charges of “racism” and a push for immigration amnesty.”

We welcome all newstips on today’s position on amnesty for millions of illegal aliens from Michael Corbin.

“For me, it’s pretty easy… I don’t believe in sending troops to the border.

I think it’s a slippery slope and just think we need to change our policies. We need to have a policy on how do we get these people legal and it needs to be okay that there is a path and a process to get them back into legal status.

Are you gonna just kick em out?  I mean how many people do you think that’ll affect? The way is to naturalize them. Stop it. Stop the Bleeding. And find a way to naturalize the people who are here.” 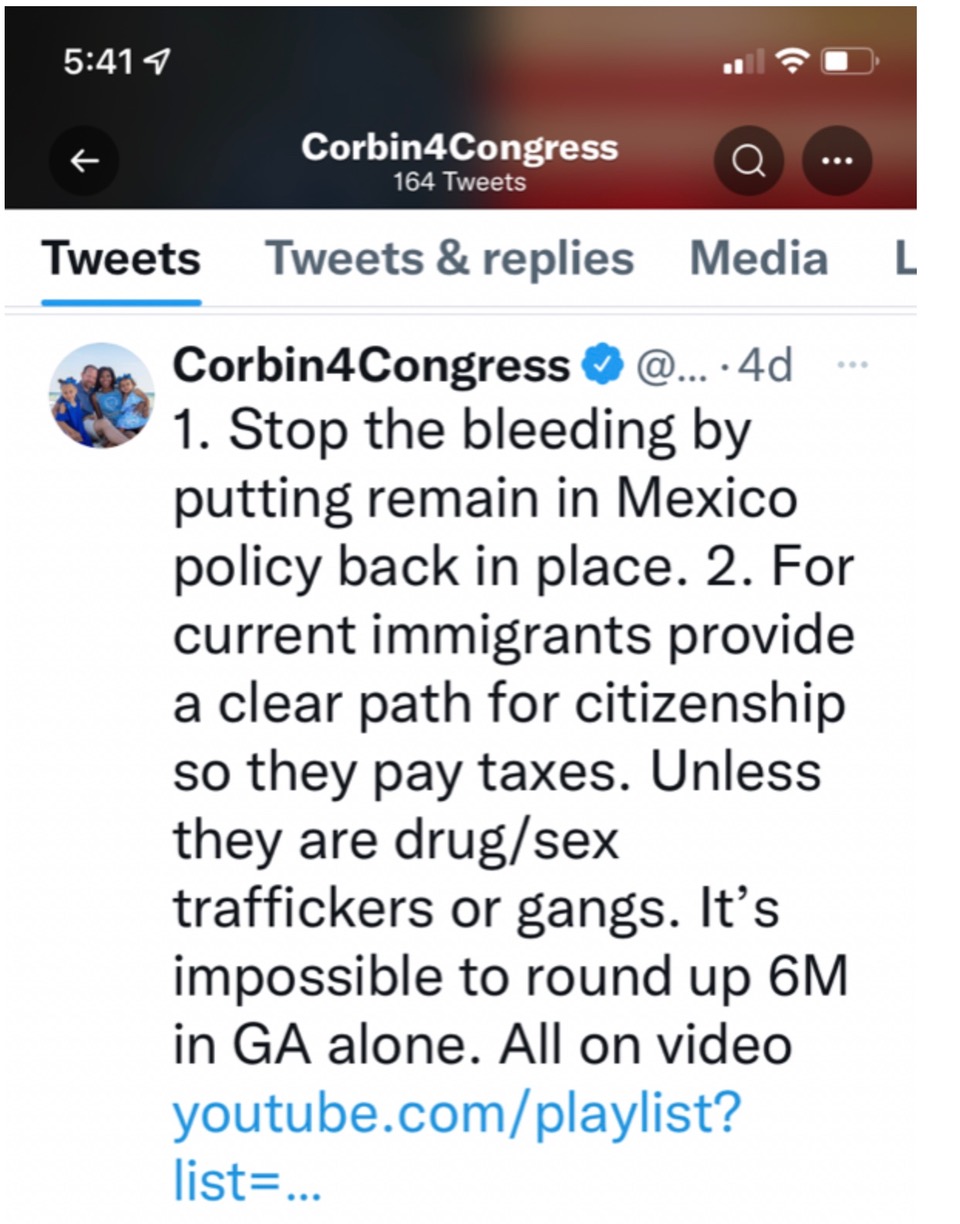 * Related: More on Michael Corbin and his race-baiting campaign tactics

Michael Corbin speaking at the Saturday breakfast Fulton County Republican meeting, June 11, 2022 – after we drew attention to his amnesty/”naturalize them” statements on illegal aliens who make it into the United States:

“I’m not for amnesty. *I’m not for open borders . My words were taken out of context at the forum we had at John’s Creek.”

*We note that it’s good to hear about Corbin’s current position against open borders but it’s a diversionary, straw man comment. Nobody we know of has said he supports open borders)