We are getting contacts from Republicans in Georgia’s 7th District about one of the candidates in the GOP runoff. We hope it’s not what it looks like, because it looks a lot like race baiting.

The two Republicans in the runoff are Michael Corbin and Mark Gonsalves. GA07 includes part of metro-Atlanta’s Gwinnett County.

Corbin has an interesting but confusing entry open his “About me” page on his campaign website apparently not about race, or something:

“As a loving husband of someone of color and having multicultural children. I don’t see race; I see the woman and children that I love, not color.”

While I haven’t seen his Facebook page, Republican candidate Michael Corbin also  has a Twitter post about “racism” and says his opponent has “announced support for books with caricatures of African Americans as monkeys…”

Mark Gonsalves, who I have known and respected for years, sent over a couple of photos of the book in question that was apparently marketed at a Gwinnett GOP meeting.

The book is an obvious parody of Dr. Suess’ Cat in the Hat yarn for children. 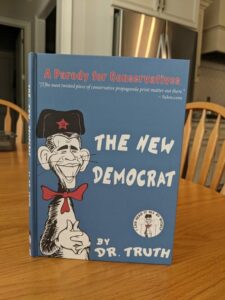 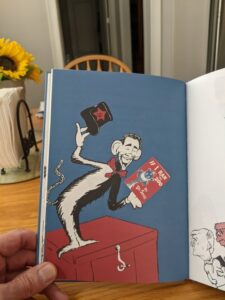 “Corbin called me a racist on Social Media over the book he took acceptation to. (He) Thought the caricature was Obama as a Monkey, when it’s very clear it’s a Cat! Cat in the Hat takeoff ” says Gonsalves.

Related: Video of Corbin and Gonsalves remarks from the Gwinnett GOP Breakfast this Saturday 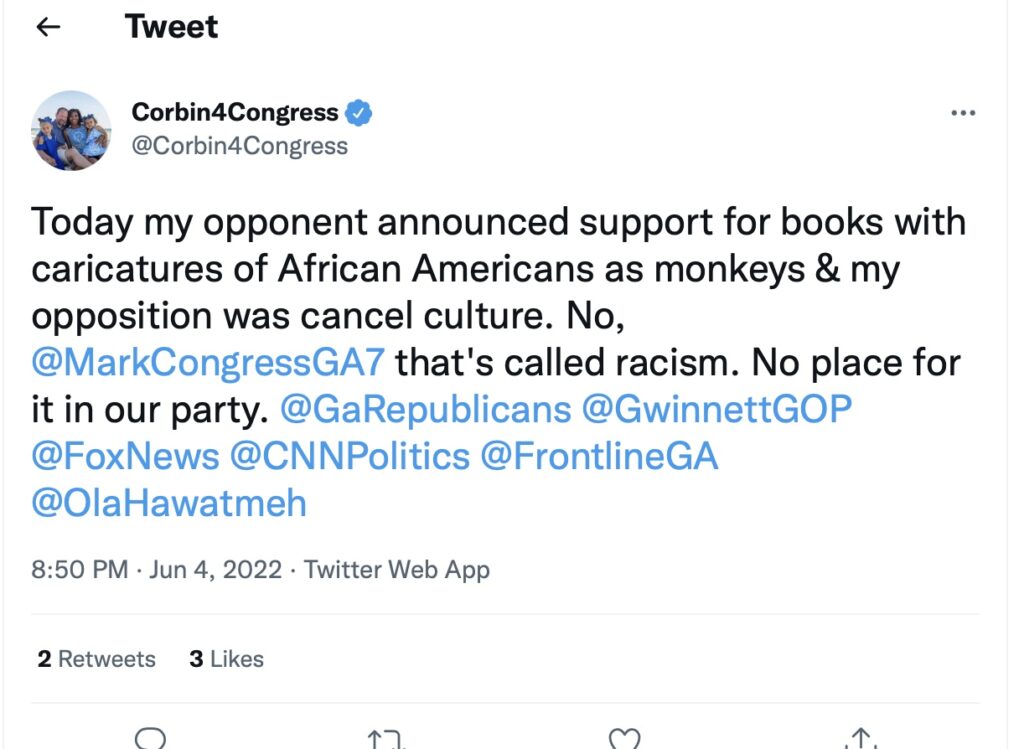