Facebook has acknowledged it allows people to share information on how to immigrate illegally or be smuggled into the U.S., saying it crafted the policy to give them a shot at asylum and prevent them from relying on human traffickers.

The company made the admission in a private letter to Arizona Attorney General Mark Brnovich. Mr. Brnovich was stunned by the revelation and wrote a letter late last week to the Justice Department. Heasked U.S. Attorney General Merrick Garland to open an investigation into the social media giant and find a way to “stop its active encouragement and facilitation of illegal entry.”

“Facebook’s policy of allowing posts promoting human smuggling and illegal entry into the United States to regularly reach its billions of users seriously undermines the rule of law,” Mr. Brnovich wrote. “The company is a direct facilitator, and thus exacerbates, the catastrophe occurring at Arizona’s southern border.

He sent a letter this summer raising concerns with Facebook about its use by smugglers during the Biden border surge.

In a lengthy reply, the technology company said it does try to remove drug trafficking content or posts “promoting human smuggling services,” but added that people are free to post information about sneaking across borders illegally.

He said Facebook spoke with “human rights experts” and figured that some illegal immigrants will try to claim asylum, which is a right under international law. Mr. Castleberry also said the company hopes that sharing information will help some migrants sneak into the country themselves rather than turning to “human traffickers.”… read the rest here at the Washington Times. 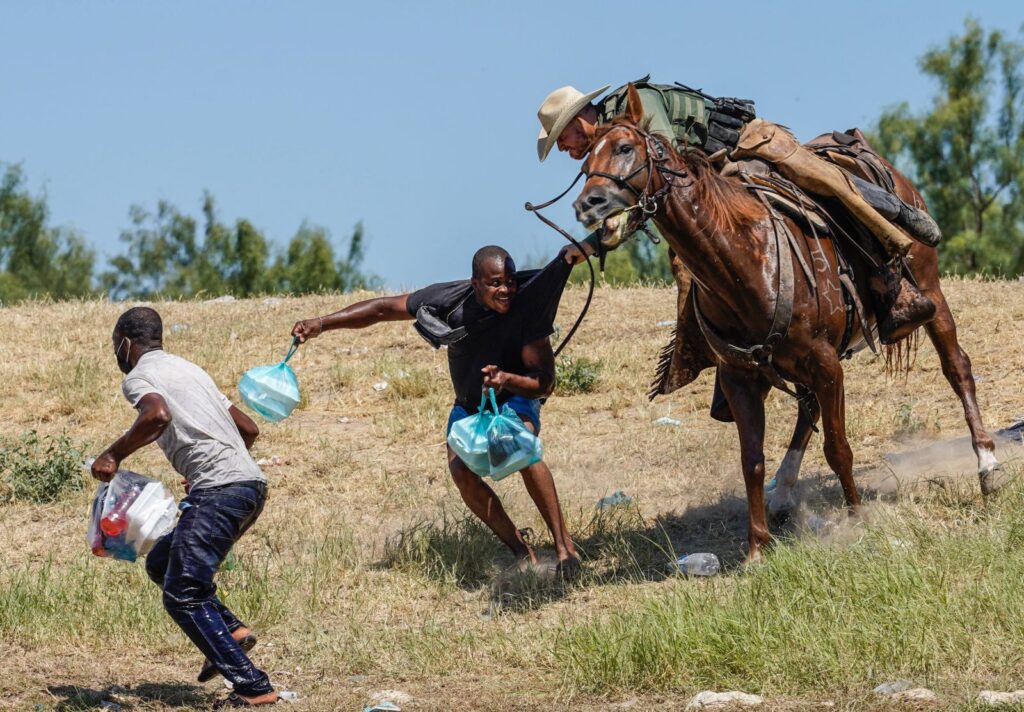 Seven of the 19 Islamic terrorists who hijacked commercial planes on September 11, 2001 and killed nearly 3,000 Americans were able to remain in the United States after overstaying their visas thanks to a wide open loophole that has yet to be closed.

In total, all 19 terrorists arrived in the U.S. legally as 16 secured tourist visas and three obtained business and student visas. Eventually, the September 11 attacks they executed left thousands of Americans dead and more than 6,000 others injured.

Seven of the 19 terrorists overstayed their visas either before the attacks or at the time of the attacks. Despite U.S. immigration law requiring their detainment and potential deportation, none were detained or deported.

The seven terrorists who overstayed their visas include:

Dan Stein, president of the Federation for American Immigration Reform (FAIR), said in a statement that politicians in Washington, D.C. have yet to learn the lessons of the September 11 attacks.

“Twenty years ago, President George W. Bush ignored warnings about the threat of a terrorist attack on our soil and the dangers posed by lax immigration and border enforcement, and instead focused his efforts on providing amnesty to millions of illegal aliens,” Stein said:

Meanwhile, President Biden has eviscerated effective border enforcement policies he inherited when he took office and halted immigration enforcement in the interior of the country, providing newly emboldened global terrorist networks even greater opportunities to strike the United States.

The loophole the terrorists used to overstay their visas remains open despite warningsfrom the 9/11 Commission that a biometric entry/exit system is necessary to prevent future national security risks…. more here.

Imagine a store owner has a major shoplifting problem. The problem keeps getting worse because the court system is so backlogged that shoplifters rarely face consequences. Imagine, then, the store owner thinking, “I could allow everyone to take whatever they want, and I wouldn’t have anymore ‘shoplifting.’” Technically that is one way to go. Of course, the store owner goes bankrupt. And before you think what a dumb idea, this “solution” is what the Biden administration just proposed regarding illegal border entry.

On Aug. 20, the administration proposed an enormous immigration loophole that will exacerbate illegal border crossings. Right now, immigrants who cross illegally are required to be turned around — but an alien can avoid deportation by claiming “asylum.” To gain asylum, the applicant must prove that he is a refugee: unable to live in his home country because of “a well-founded fear of persecution on account of race, religion, nationality, membership in a particular social group, or political opinion.” Only 9 to 15 percent of applicants end up meeting this standard (and many of those are from China and Venezuela). Indeed, mostso-called asylum seekers at the border don’t even bother to file for asylum because, once in the country, they face little chance of deportation.

The whole process takes too long. After a migrant crosses the border and claims asylum, an “asylum officer” determines whether the applicant is likely to qualify as a refugee. But asylum officers are not good at this. They approve more than 80 percent of the people they interview as having a “credible fear” of persecution. I’ve sat in on these interviews. The alien says: ‘I have a fear of my government because I disagree with my government’s politics.’ There’s no evidence, there’s no contrary story. So, even though only 15 percent of those claiming asylum end up qualifying legally as refugees, more than 80 percent of them clear the initial hurdle and are allowed into the country.

Once past the initial hurdle, an alien is released from custody and sent on his way to apply for full asylum through an “immigration judge.” For the few aliens who show up, it’s a court-like process. The alien, with an attorney, gives his story. The government gives any facts to the contrary. This process is absurdly backlogged. More than 600,000 applications for asylum are currently pending before immigration judges, meaning many aliens wait years before they are granted (or, most commonly, denied) full asylum status. Full asylum status allows immigrants to later apply for permanent resident status, with all the freedoms (travel, work) that accompany it.

To clean up the backlog, the administration has proposed letting asylum officers consider the full asylum claim. And the asylum officers would do this without an adversarial proceeding. What does this mean? If an alien shows up to the border and claims asylum, the alien will be given legal status and work authorization, without rigorous review.

That is an unimaginable invitation to enter the United States illegally.

The proposal comes with additional eyebrow raisers. For example, although border crossers are required to be detained through their initial credible fear hearings, the proposed rule would skirt that requirement by granting “parole” into the U.S. where detention is “impracticable.” The rule acknowledges that many people won’t show up to their credible fear hearing. As another example, the rule treats the credible fear hearing as an application for work authorization, despite the fact that this will transfer jobs away from U.S. workers.

Thus, the rule treats a problem — too many ‘asylum seekers’ who aren’t legitimate — by ushering everyone in more quickly.

The better solution is to…
Please read the rest here.

Many Afghan men left behind in Kabul, Afghanistan, their wives and young children, the New York Times reports.

Two men, specifically, profiled by the Times reveal that as they fled Afghanistan when the United States started withdrawing U.S. Armed Forces from the country, they left behind their wives and young children — often those most at risk from Taliban control.

Gul joined the frenzy, jumping onto four commercial planes — all grounded by the mayhem — before forcing his way onto an American evacuation flight. Even when Americans turned off the air-conditioning and told everyone the plane was broken, no one budged. [Emphasis added]

Now, settling into life at Camp As Sayliyah, he said the snap decision to leave weighed on him. His wife and three children under the age of 6 remain in Kabul. [Emphasis added]

Mirwais, 31, arrived at the air base in Qatar after clambering onto an American evacuation flight last week. A former translator for U.S. forces and international organizations, he went into hiding when the Taliban entered Kabul and decided to leave after insurgents searching for him visited his mother’s home. [Emphasis added]

Like Gul, Mirwais has a wife and a 10-month-old child who remain in Afghanistan after he failed to get them on evacuation flights. Mirwais told the Times he has no passport and no paperwork with him… Read the rest here.

Many employers are having to recruit, train, and increase pay and benefits for U.S. workers. That’s a good thing for workers. But Cheap Labor Lobby sees it as apocalypse, and continues pressure in D.C. for massive increases in immigration.- NumbersUSA on Twitter

Employers Competing for Workers Turn to Signing Bonuses and Freebies

Incentives are now being offered to hourly workers

Email reply to my request to offer realistic input in Rep Cantrell’s House committee. Like the committee’s choice of “experts” the reply itself is separated from reality

Thank you for your email.
Our study committee has a very tight agenda in order to hear from as many people as possible. We have determined to hold public comment until after our report is drawn up. If any legislation is proposed as a result of our hearings, there will be time for ample public comment.
We are focused on identifying any unnecessary barriers that foreign born Georgians may have in finding meaningful employment. We will primarily be hearing from people who believe they have experienced one or more of these barriers.
I’m sure the committee would welcome any written input you would like to provide.
Very Respectfully,
Wes Cantrell 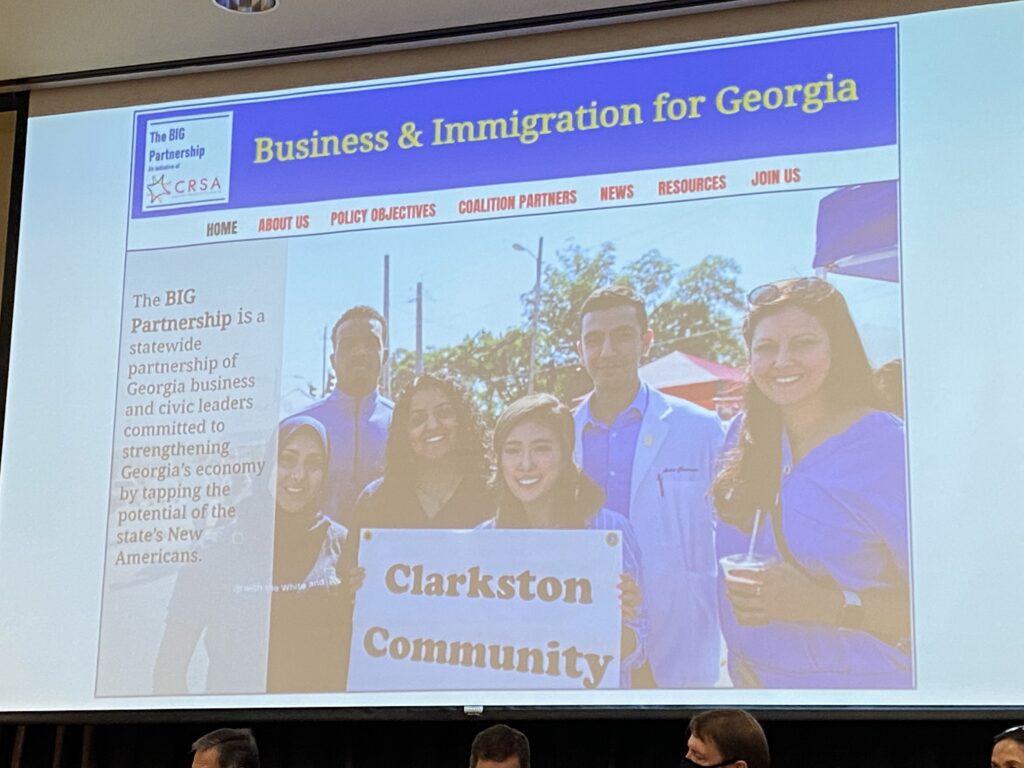 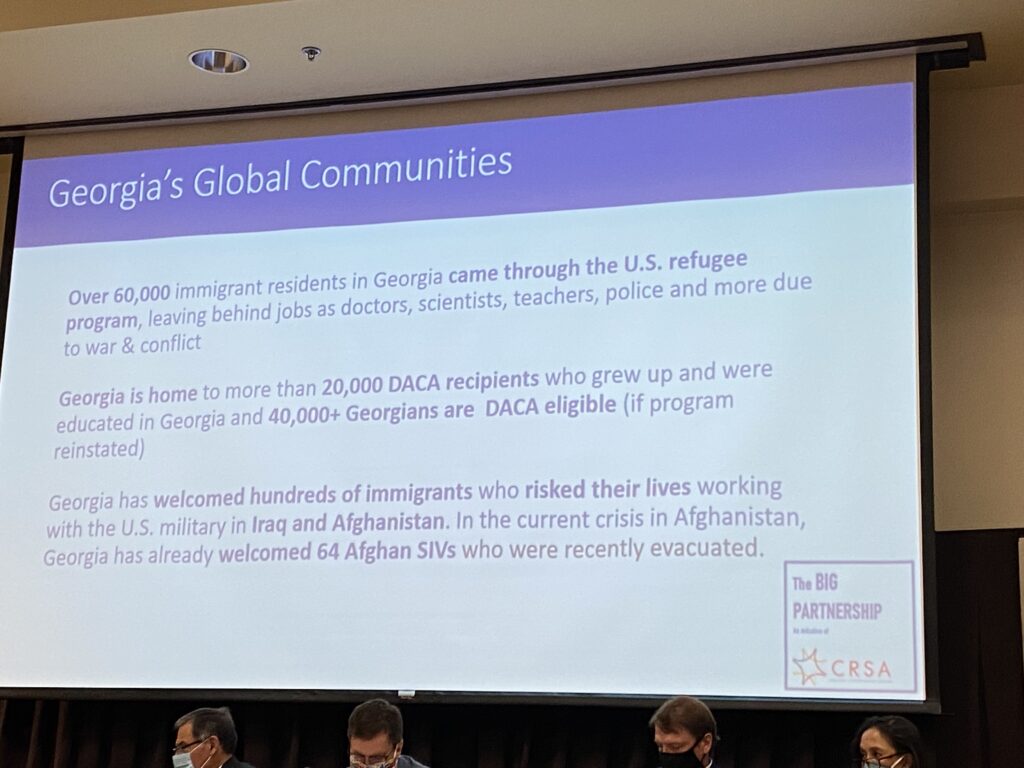 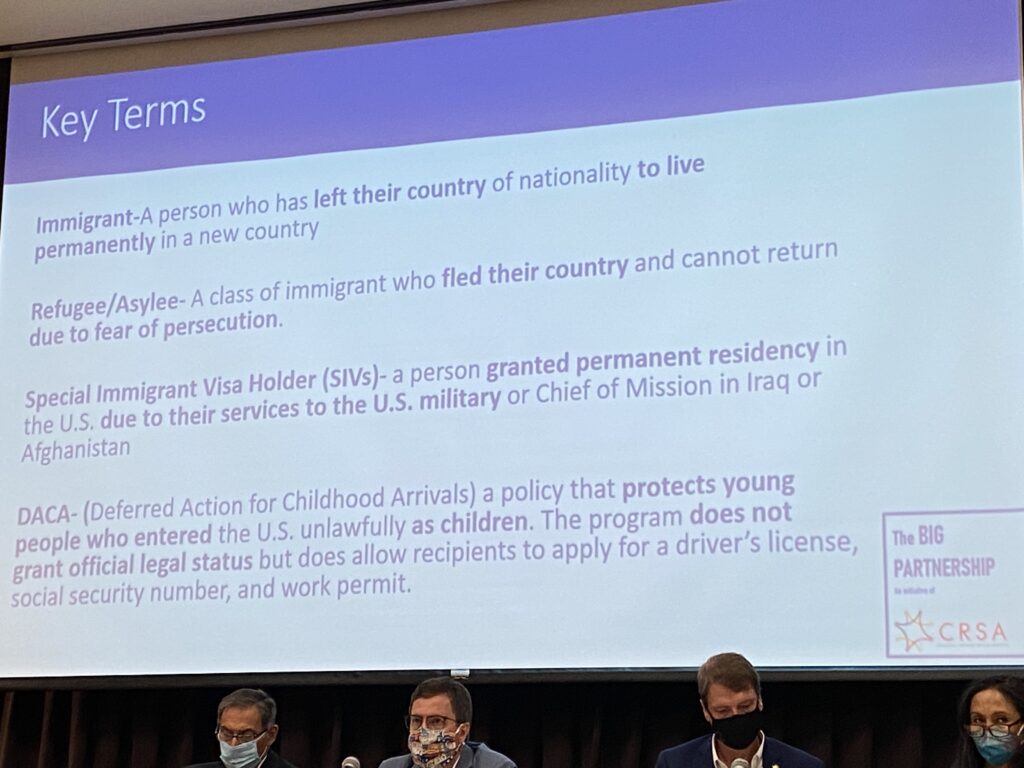 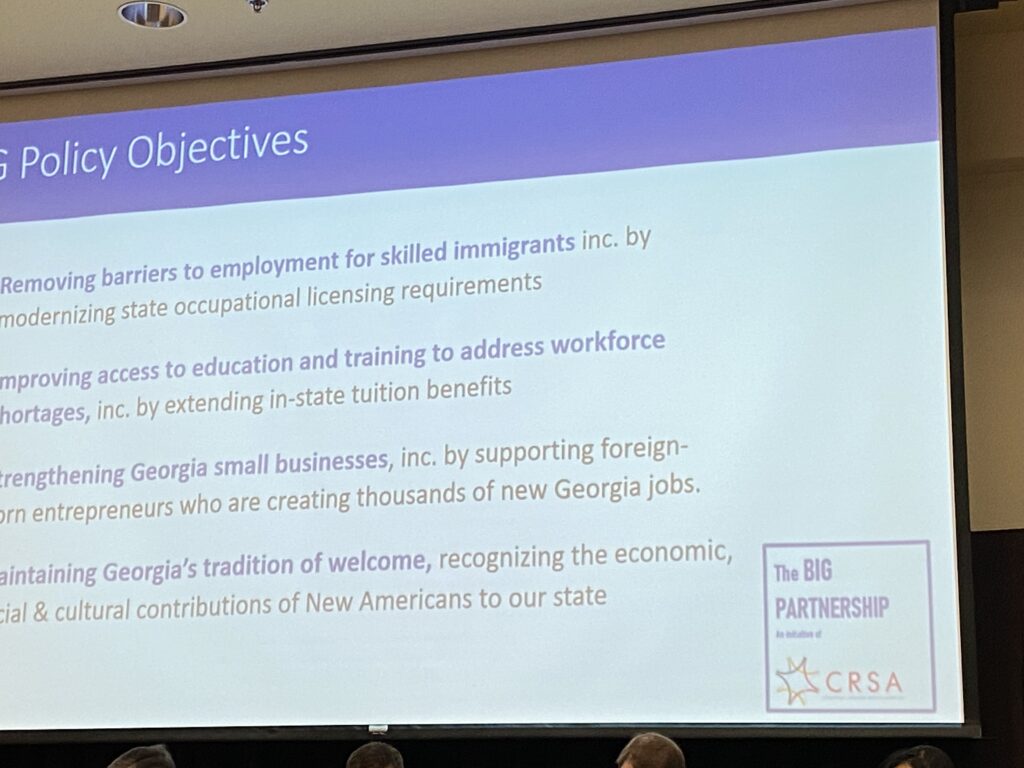 Answering the smear:“blow up your buildings..”How a lie passed on by the AJC’s Jim Galloway in 2007 is still being used against D.A. King (me)