Kemp voted for the verification system as state senator

Topic may be worthy of consideration at upcoming Republican conventions

The governor can sign, veto or take no action. Legislation becomes law if he does nothing. May 10 is final day in process.

The Georgia Chamber of Commerce pushed these measures with letters requesting support placed on legislators’ Chamber desks. Two of those letters are posted on the Dustin Inman Society website.

State law implemented in 2006 was an effort to prevent illegal aliens from accessing public benefits. The goal was to make Georgia less hospitable to illegal immigration. Professional licenses are public benefits under that law. When he was state senator the governor voted for the legislation that created the verification mandate.

Georgia code (OCGA 50-36-1) requires that an applicant for public benefits swear on a notarized affidavit that he is either a U.S. citizen or a “lawfully present” and eligible foreign national. The applicant is required to present verifiable document to prove that eligibility. The foreign national’s ‘lawful presence’ is then verified using a federal database known as ‘SAVE.’

The legislation in question puts Georgia in interstate “compacts” that essentially require reciprocity in licensing and issuance procedures. “Interstate compacts are contracts that are negotiated between states. The US Supreme Court has held that the term “compact” should be understood to refer to a “contract” according to the Library of Congress.

Georgia would be joining compacts that honor the professional license of covered occupations for people who relocate from one participating state to another. If another state in the compact has issued a professional license to a resident for one of the covered professions the idea is to issue a license for the same job here without most of the current processing if that person migrates to Georgia.

The bills include provisions for quicker licensing for spouses of active duty military personnel.

If Kemp signs the bills new law will eliminate the step of verifying the “lawful presence” of the covered applicant. The abbreviated licensing process would result in quicker participation in the workforce – and a more hospitable experience for illegal aliens.

The Georgia Chamber says this will make Georgia “a better state for business.”

Including the Speaker’s office and the Senate Majority Leader, the Dustin Inman Society alerted individual legislators in both the House and senate about the result of the bills becoming law. We also asked several state senators for citation of line numbers in the legislation containing language that would dispute our analysis of these bills. The sole response came from Senator Kay Kirkpatrick (R- Marietta) who replied,  “…these bills are important to the military and passed the Senate unanimously. Compact language cannot be changed.” We are grateful to Sen. Kirkpatrick.

It appears the legislative choice was between compliance with the dictates of the business lobby or the preservation of procedures put in place to make Georgia less attractive to illegal immigration. The business lobby won out. Again. 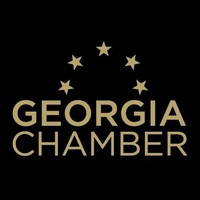 Georgia is home to more illegal aliens than is Arizona, according to the U.S. Dept. of Homeland Security.

We note the past press attention and the brutal fight to implement the verification law in question and the unsurprising absence of liberal media coverage on the decision to further the process of dismantling the law.

Between the three bills, there was only one “no” vote in the House and Senate. It came from Rep Matt Dollar (R- Marietta) who voted against HB 34.

We repeat:  then-Senator and Public Safety Committee Chairman Brian Kemp voted in favor of the 2006 ‘Georgia Security and Immigration Compliance Act’  (SB529) that put the verification of lawful presence for public benefits in place (senate vote # 1037).

“Georgians are “fed up” with illegal immigration,” Kemp told the AJC newspaper then. They still are. But as Governor, Kemp is conspicuously silent on the entire crisis.

As can be seen by a recent letter written by an angry retired federal immigration agent, and the Dustin Inman Society’s Brian Kemp page, most conservatives are not willing to overlook that silence.