Partial update: They passed. Voting records on both bills described below,  HB 34 and HB 268. More coming along with entire list of House members to whom I sent “heads up” warnings about these two pieces of legislation long before they voted.

ATTENTION REPUBLICAN SENATORS: UPDATE March 11, 2021 8:54 AM: Easy way to amend to insure belt and suspenders care: “Nothing contained in this Code section shall be construed to invalidate, override, or amend any licensing compact entered into by the State of Georgia or to permit the issuance of a license without verification under Code Section 50-36-1.“ Which is what Sen Thompson did on SB 45, lines 48 & 49.

Professional licenses are public benefits in Georgia. The Georgia Chamber of Commerce is well aware of that fact as they opposed the law that created it. I was there.

We have been here before, just a few weeks ago: (“Libertarian pushed Gold Dome ‘reciprocity’ bill…”) would dismantle screening process for illegal aliens accessing professional licenses.”)

The people who run Georgia are tired of the “mo’ money” delays involved in the process of verifying lawful immigration status of applicants for public benefits.

Georgia law (OCGA 50-36-1) put in place in 2006 and improved several times after that says that applicants for public benefits must swear they are either U.S.citizen or an eligible alien on a notarized affidavit. They are supposed to show “Secure and Verifiable ID” Then, that lawful presence status is supposed to be checked in a federal database called SAVE  (SAVE is not doing their job correctly and we will expose that fact after session). But the state law still stands. Professional licenses are public benefits. Contrary to the mislabeling by numerous state and local departments that administer public benefits, this is not a “citizenship affidavit” – but a verification affidavit. One need not be a U.S. citizen to qualify for benefits, merely a lawfully present alien.

The Georgia Chamber of Commerce is asking House members to vote yes on at least two bills, HB 34 and HB 268. While we have not had time to carefully study these bills (update, Feb 27. we were correct on initial analysis), a quick appraisal tells us they are designed to provide “reciprocity” with other states on professional licenses – and to skip the verification process described above.

If an individual who has a license to be an occupational therapist in California, for example, moves to Georgia the plan is eliminate much of the licensing process here to put this person to work almost instantly – and to bypass the Georgia law for immigration verification.

These bills are apparently on the Rules calendar today. I have notified several members with the below and they tell me they will now vote “no”  – and that author (s) are not aware of existing law.

Sent to several members and to Kim in the Speaker’s office this morning:

“After a very quick look: HB 34 has no language I can see that requires compliance with OCGA 50-36-1 (verification of lawful presence for public benefits). Professional licenses are public benefits . A yes vote is a vote to dismantle existing law on illegal immigration. In a state with more illegals than AZ. The senate will take careful note of that fact. I promise.  A 30 second “isn’t it true” question should wake people up?   I assume same for Chamber of Commerce HB 268. Reciprocity write up here.

Unless I have missed it in a big hurry, here they all need: “Nothing contained in this Code section shall be construed to invalidate, override, or  amend any licensing compact entered into by the State of Georgia or to permit the issuance  of a license without verification under Code Section 50-36-1.”

Below are two letters put on House member’s desks on the floor today. 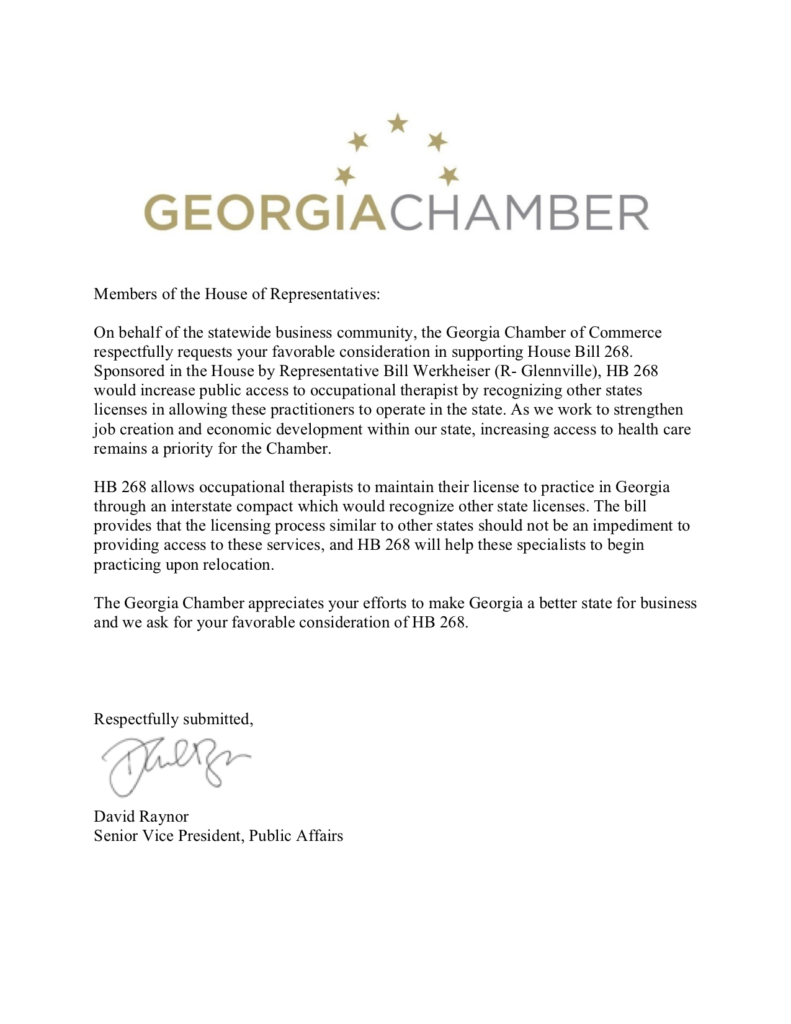 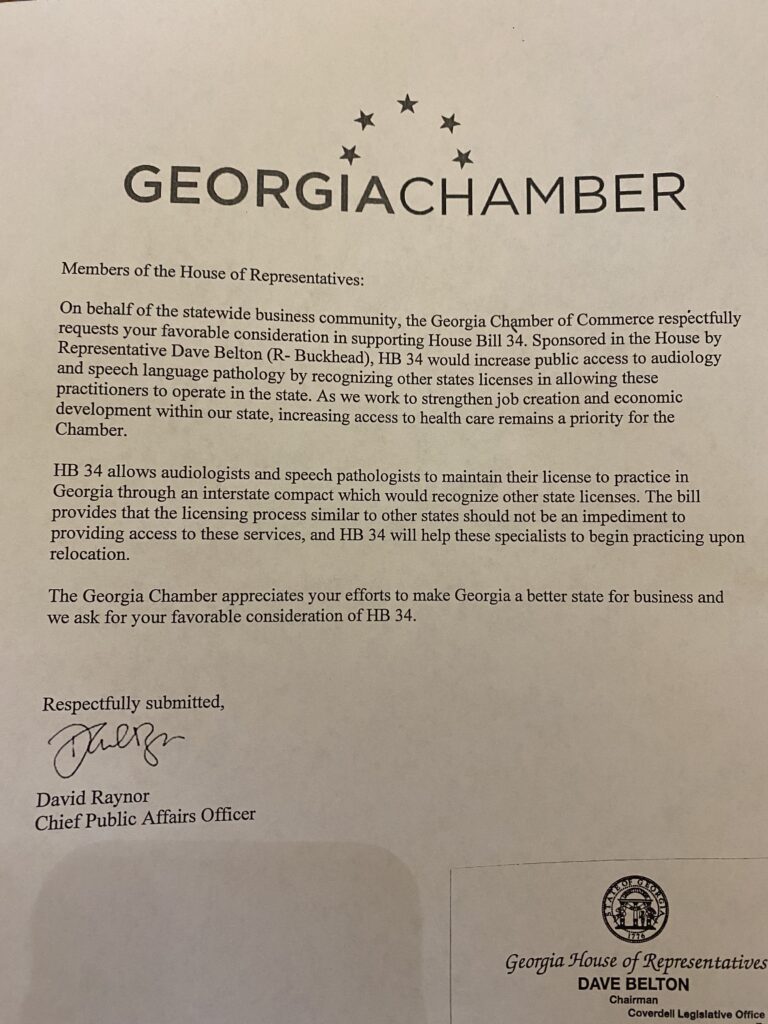