* UPDATE: Sign up here to attend the LIBRE Initiative Georgia “yes to amnesty” event. Don’t miss the terms and conditions for attendance.

**UPDATE AGAIN: It seems that a group in Washington D.C. (since 1995) calling itself “America’s Future” is proud to be cohost (?) of the LIBRE-Georgia event.

David Casas Lobbies for the LIBRE Initiative Corporation. Below is a short version of what Casas pushed during the last state legislative session.

HB 120 – 2021/2022 attempt to change GA law so that illegal aliens could access much lower instate tuition rates in taxpayer-funded colleges than Americans and legal immigrants from other states. HB 120 was a hustle in that the first two versions (of three) did not actually contain the “DACA” language the sponsor, Rep Kasey Carpenter (R), told the House was in it. BTW: DACA recipients are illegal aliens. See written testimony from a retired senior INS/Border Patrol agent. The management at Libre GA knew all of this. So did the legislators who voted the bill out of committee. HB 120 was stopped before it could see a floor vote.

See the House video of David Casas lobbying for HB 120.

HB 60 (see also HB 999) – 2021/2022 Legislation labeled “school choice!” from Rep Wes Cantrell (R) that would have provided a small fraction of Georgia K-12 students with a taxpayer-funded “Promise Scholarship” to attend private schools. The bills would have created accounts for parents to pay schools with state funds and put parents on an oversight committee to decide eligible expenses. The original language did not exclude or mention the 400K-ish illegal aliens in Georgia. The amended versions contained language that was sold as excluding illegal aliens. It didn’t. See here for more info. The bills would have created a scenario in which private school tuition was funded for some illegal aliens while some American students were left out.

SB 601 – 2022 – From the same people who designed HB 60/HB 999. Senator Butch Miller (R). sponsor. The bill did not contain a real tool to exclude illegal alien students or parents/families. The bill made it all the way from the hopper to the Senate floor in twelve days. The Senate Higher Education Committee Chairman, Sen Chuck Payne (R), did not allow any public comment. The bill would have created a scenario in which private school tuition was funded for some illegal aliens while some American students were left out. See the statement of support from Libre GA spokesman David Casas here.

After we made it clear that we had spread the word on the contents regarding illegal immigration, the bill was voted down on the floor 29-20. 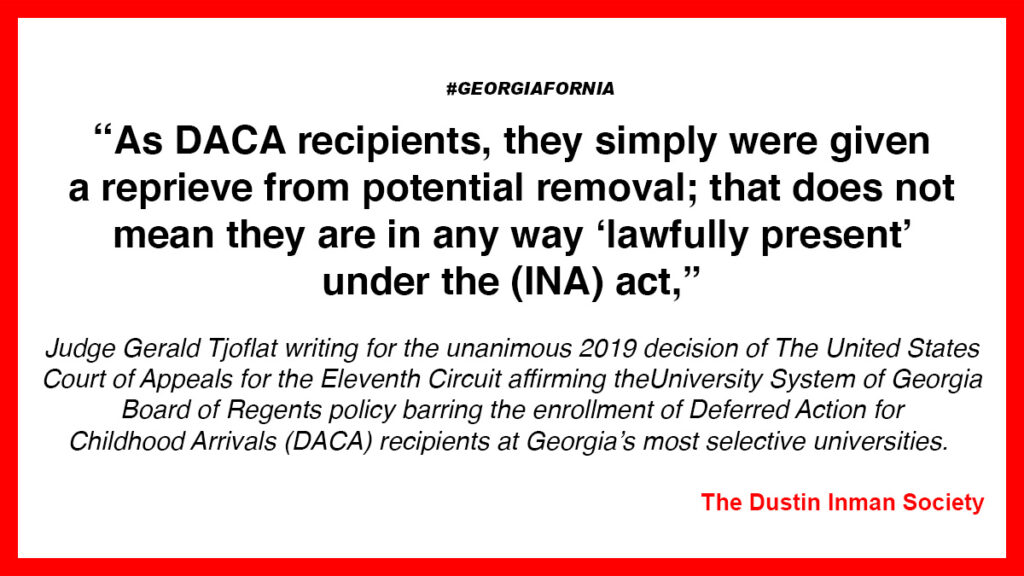 * More video: David Casas on Univision peddles a repeat of the failed 1986 amnesty for illegal aliens while Biden administration operates an open border to the world. Follow the money. Like the Chamber of Commerce, Casas is pushing additional foreign labor in the U.S.