By now most people who can think for themselves recognize that the liberal media – meaning most of the media – is tireless in its endless effort to blur the lines between illegal aliens and immigrants.

Reporters, producers, editors and headline writers (and many politicians) intentionally refer to illegal aliens as “immigrants.” It doesn’t happen the other way around.

This is done to confuse the easily confused and the ever-decreasing number of Americans who still trust the liberal media. But it is also done with planning and foresight in an intentional effort to smear pro-enforcement activists. The end game is that if you dare to support immigration enforcement and deportation of illegal aliens – as the law allows – the liberal media will soon refer to you as “anti-immigrant” or “anti-immigration.”

Not many newspapers handle this dishonest scheme more shamelessly or more often than the Atlanta Journal Constitution where the latest marketing slogan is “It’s Worth Knowing What’s Really Going On.” Really.

Today’s edition of the AJC is a good example of the above. A front page story is headlined “Doctors: Immigrants need dialysis help.” The news report is all about selling Georgia taxpayers on the idea of providing illegal aliens with taxpayer-funded dialysis which doesn’t happen now. But as you can see from the headline, the average liberal reader who trusts the liberal AJC editors for “the news,” scans the headlines and moves on will be walking around from now on with the idea that immigrants cannot get dialysis. 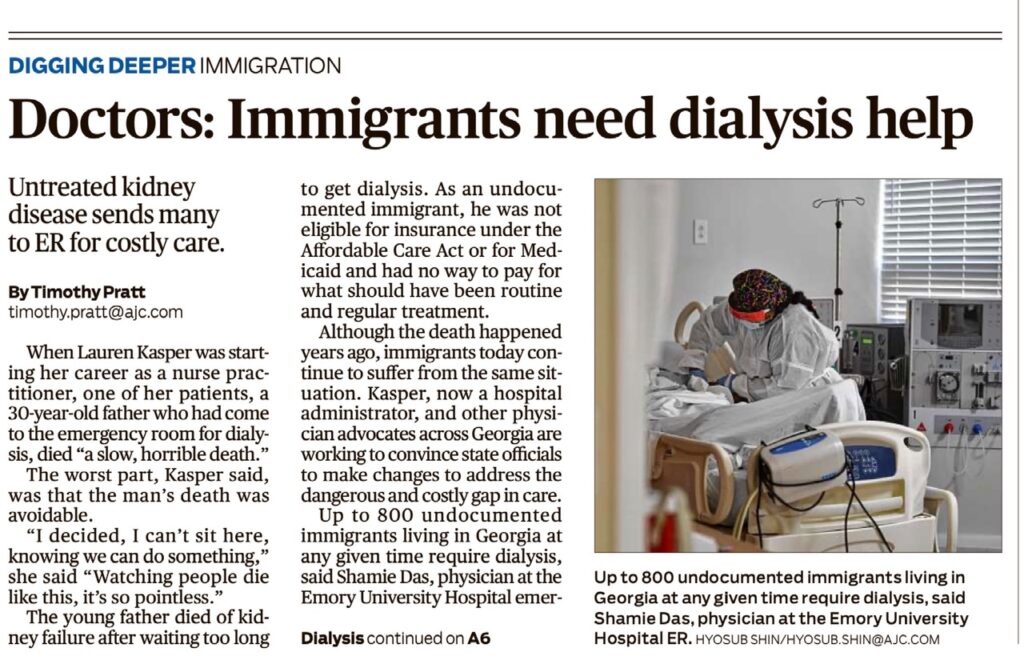 The same agenda was presented in an AJC online story on August 3 with the headline “Doctors push state to cover dialysis for undocumented immigrants.” 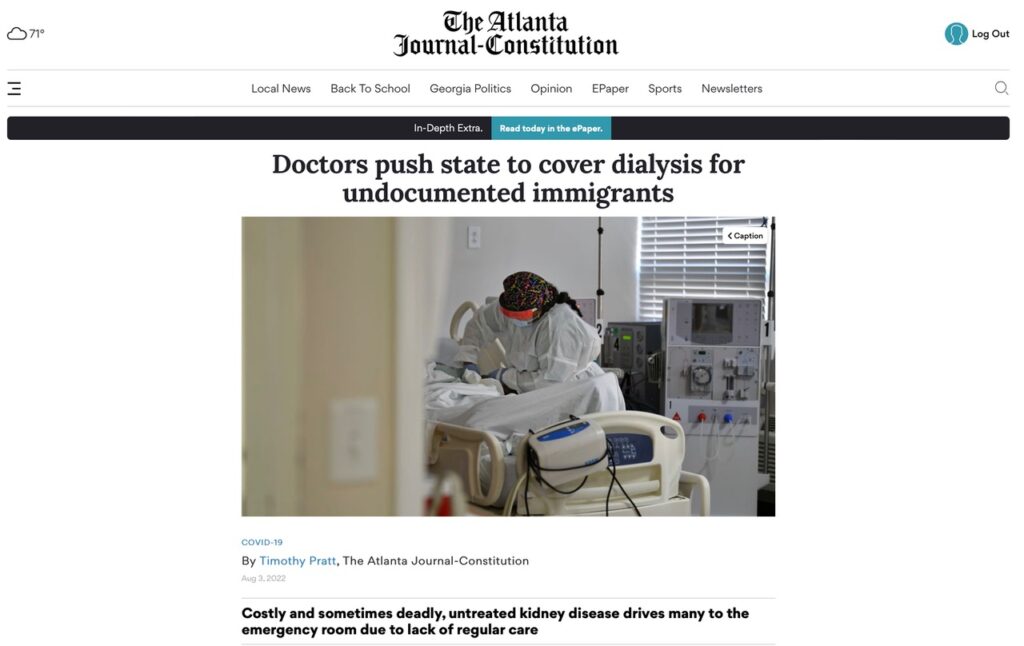 To recap for the few liberal readers we have here: Twelve days ago the subject of the same AJC sales presentation was “undocumented immigrants.” Today they are “immigrants.” Get it?

Whatever you think about encouraging more illegal immigration into Georgia by providing more and more services to “the undocumented” be aware of the constant, abject dishonesty in the presentation by the AJC.

For another example, see the AJC editors tell headline readers to open the door to higher education to immigrants.