Lopez’s involvement as a member of the board of directors of the anti-enforcement GALEO after he became a state judge was the deal killer for federal bench confirmation in 2016.

The Georgia Supreme Court has announced the appointment of former DeKalb Co. Judge Dax Lopez to the Hearing Panel of the Judicial Qualifications Commission.

“López, a former DeKalb County State Court Judge now in private practice, will replace Jamala McFadden, who is completing five years of service on the JQC and was recently appointed by the Court to serve on the Board to Determine Fitness of Bar Applicants, which is part of the Court’s Office of Bar Admissions. López will begin his four-year term on July 1, 2022.

The Judicial Qualifications Commission is the constitutional body that educates Georgia judges about their ethical duties and conducts investigations and hearings regarding judges’ misconduct. The JQC’s Hearing Panel consists of one judge member, one attorney member, and one non-lawyer citizen member. The Hearing Panel adjudicates formal charges made against judges, makes recommendations to the Supreme Court as to disciplinary and incapacity orders against judges, and issues formal advisory opinions.” goes the Court’s media release.

Lopez was nominated to become a federal judge in Georgia’s Northern District by then President Barack Obama in 2015. The required Senate confirmation process ended in early 2016 when then Georgia Senator David Perdue refused to send in the “Blue Slip” granting his approval of the nomination. Perdue cited Lopez’ long history of aiding and assisting the rabidly anti-enforcement GALEO Inc and Lopez’ membership on the GALEO board as cause to doubt Lopez’ suitability as a federal judge.”…there were some things that gave me great concern with regard to naming him to a lifetime appointment to a federal bench” Perdue told Politico at the time.

Lopez served as Keynote speaker at a GALEO funder after he became a judge. Jane Fonda is a GALEO “Founding Friend.” 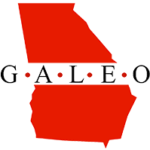 The Dustin Inman Society has tracked and recorded GALEO activities for nearly two decades and was proud to be invited to meet with Sen. Perdue’s senior staff and legal counsel and to provide information on GALEO, its Executive Director, Jerry Gonzalez, and Lopez’ involvement. Readers who are not familiar with the story or corporate-funded GALEO can see here for “a beginner’s guide” to the leftist group.

It usually amazes readers to know that Coca-Cola and Georgia Power are two of the corporations that fund GALEO.