No official video or audio record of state House hearing

Transparency was not part of the agenda at last week’s second meeting of a state House panel focused on removing “barriers to the foreign-born” – but the push for foreign law enforcement officers is still on. So is making it easier for illegal aliens to access occupational licenses in Georgia.

Last week’s meeting of the ’House Study Committee on Innovative Ways to Maximize Global Talent.’ was again a staged and one-sided affair that could easily have featured a party hat-clad dog riding atop a trotting pony. But I will wash your car if you can find any official archived record – video or audio – of the House meeting held at Dalton State College. 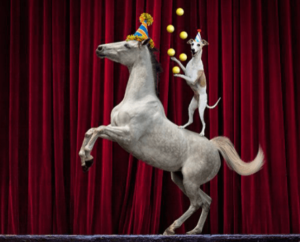 Chairman Rep Wes Cantrell explained that “technical difficulties” would prevent video recording but assured all present there would be an (official) audio record. There isn’t. This writer was not alone in noting that the obvious “technical difficulty” on video was the fact that there was no dedicated video camera present.

The day’s recurring theme and basis of complaints from some solicited witnesses was that Georgia’s purported over-regulation of the “foreign-born” reduces profits. Apparently we are over doing it in insuring qualified personnel for occupational licensing.  As this writer mentioned last month in a report on the first committee meeting, again there was a calculated effort to confuse foreign-born Americans with non-citizens.

An archived committee record would show witness assertions on how reducing the numbers of occupations that require a license, eliminating “antiquated restrictions” and reducing training periods for plumbers, electricians and HVAC workers (for example) to match regulations in South Carolina, North Carolina and California would result in a less costly licensing process  – and more profit.

The final meeting is in “early October.” Nobody should be surprised to hear that Georgia could permanently capture the “number one for business” title if we eventually lower standards to fit third-world levels.

Cantrell’s committee meeting was one of the first this longtime denizen of the Gold Dome can remember that featured a witness in two different segments of the hearing. Darlene C. Lynch from the Business & Immigration for Georgia (‘BIG’) was featured twice as a speaker and seemed to be more involved in organizing the beginning of the day’s event than the chairman. Lynch was also heavily highlighted in the committee’s first meeting.

In addition to the repeated push for foreign cops in the Peach State Lynch explained that on “overhauling licensing schemes”… “there’s a couple of different ways states are doing it. Um, one is to remove unnecessary immigration related requirements that don’t really matter for that particular profession.”

Currently, Georgia has laws in place designed to discourage illegal immigration through verification of “lawful presence” of applicants for business licenses, occupational licenses and other public benefits. This writer has worked on legislation surrounding those laws since 2005.

On his home turf, committee member Rep Kasey Carpenter (R- Dalton) injected his own view that “licensing should become less and less important because the consumers are actually able to assess the, the, the, the individual.” Carpenter used an Uber driver analogy in his reasoning on reducing state occupational licensing. “…we live in a world where, you know, you can thumbs up or thumbs down your Uber driver immediately. So you, you, you, you go to, to get an Uber, and he’s, you got a five star guy or you got a two star guy. Who do you think? You’d use the five star guy…”

On cost and supply of labor, Rob Bradham President and CEO of the Greater Dalton Chamber of Commerce assured the committee that “making it easier to immigrate to the United States is the solution.” Nobody – including Bradham – submitted an estimate on the ideal number for the intake of annual “foreign-born.” But it sounded like American workers combined with the million legal immigrants the U.S. takes in every year, the 700,000-ish guest workers to whom we issue temporary visas annually and the 11-20 million or so illegal alien, “undocumented workers” are not enough to keep wages at the desired level.

As an example of forbidden facts and testimony at this House study committee and with the title “wage depression” our friends at the Washington D.C. – based NumbersUSA.com have an entire section on wage levels and imported labor.

Its not everyday a state House committee meets in Dalton. Most working Georgians cannot attend daytime meetings. It would be natural for area residents to assume they could get an informative and balanced account of the important event from the local newspaper. That was not the case. Dalton’s Daily Citizen-News – Charles Oliver reporting – suppressed much of the story including the proposed changes to state law on foreign cops and removing immigration checks on occupational licensing. Oliver was seated at the table next to mine in the meeting. That’s him looking at the camera on the left in the foreground in the photo on top. Earlier in the week I had sent him and his editor, Jamie Jones, our write up announcing the meeting which contained a photo of the agenda. It was clear Darlene Lynch was going to address “unnecessary immigration checks” and likely try to sell her idea of foreign cops again when she came up to speak for the second time. Along with his cell phone, audio recorder and notepad, Oliver was gone from his seat when I looked over after Lynch began speaking. He returned after she finished.

A version of this column was originally posted on the subscription news outlet Insider Advantage Georgia, Sept. 16, 2021.