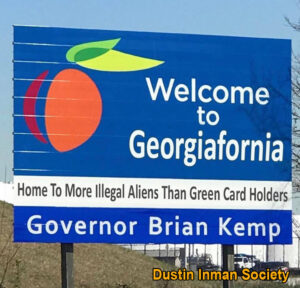 Readers may remember that Gov. Kemp ran on a promise of being tough on illegal immigration. With respect, it would seem that it would be easier to solve a problem if it was officially measured. How many “undocumented workers” are in our prison system, and what is the cost to Georgia taxpayers for this “cheap labor?”

This writer is grateful to IAG for the recent space here to alert readers to the peril of House Bill 202 in the House Rules Committee run by Rep. Jay Powell (R-Camilla). The simple bill would require the Georgia Department of Corrections to inform the public on the number of non-citizens, including illegal aliens, in our prison system along with their home countries, crimes committed, and the percentage of the entire inmate population that group represents.

Apparently HB 202 was deemed to have created too much needless information to be made public.

With Crossover Day behind us, Rules Committee Chairman Powell did not allow the bill to go to the House for a vote, where it had the support to easily pass. Unless it is attached to an already-passed House bill by the Republican senate, HB 202 is as dead as Pancho Villa and will not become law this year.

Including the discredited SPLC, GALEO and CAIR, the leftist, corporate-funded illegal alien lobby that worked against passage has claimed yet another win here in the Peach State with the defeat of HB 202. They are warily crowing about their victory.

While the Capitol reports from the rest of Atlanta media have carefully ignored it, the legislation, Rep Powell’s thumbs-down decision and the fact that GOP-ruled Georgia is home to more illegal aliens than green card holders has captured the attention of small newspapers around the state and several national news outlets, including Breitbart News. We will see more on this story.

It should be noted that because our new Governor, Brian Kemp has the authority, he could easily issue an Executive Order to require the Dept. of Corrections to create and make public the quarterly reports that HB 202 would have mandated… Read the rest here.

D.A. King is president of the Dustin Inman Society and proprietor of the Immigration Politics Georgia news site.