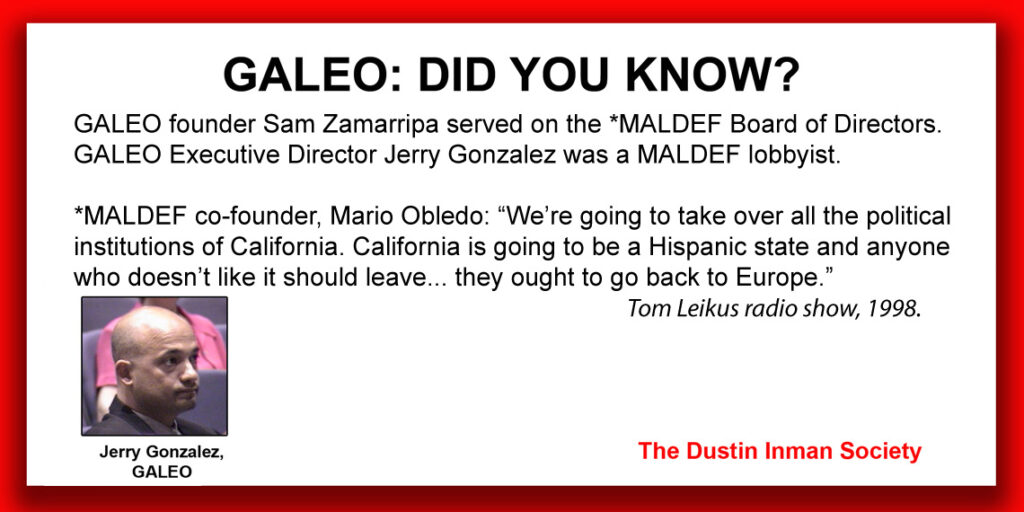 Jason Esteves immediate past Chairman of GALEO board

Add this name to the long watch list in Georgia’s increasingly turbulent political scene. Jason Esteves, former Chair and a current “board member at large” of the far-left, corporate-funded GALEO Inc. has launched his campaign for the state senate. Esteves is currently the Atlanta School Board president.

Readers may remember that another GALEO board member, then State Court Judge Dax Lopez, saw his Obama nomination for a seat on the U.S. District Court in Georgia’s Northern District sink in early 2016 as a direct result of his ties to the extremist outfit. Now candidate for governor and then U.S. Senator and Judiciary Committee member David Perdue bravely nixed the confirmation in the face of the establishment push for Republican Lopez’ approval.

There was massive opposition to the Lopez pick from conservative elected officials and howls from the GOP grassroots.

GALEO is known for advancing the cause of driver’s licenses for illegal aliens and lobbying against immigration enforcement, voter ID, official English for government and ICE holds. But they do support immigration amnesty. While smearing law enforcement officers, GALEO leadership joined the ACLU and the SPLC in a lawsuit against Georgia’ 2011 (HB 87) ‘Illegal Immigration Reform and Enforcement Act.’

Full disclosure: Including with our “Beginner’s Guide to GALEO,” the Dustin Inman Society of which this writer is president and founder led the fight against putting a GALEO board member and fundraiser on the federal bench.

Related: History and agenda of the above mentioned MALDEF 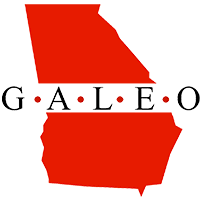 GALEO’s CEO Jerry Gonzalez brought focus to the group after he escorted illegal aliens into the state senate chamber to lobby against a 2006 bill (SB 529) targeting illegal immigration. In 2011 the Rome Tribune reported that security officials had escorted an angry Gonzalez from Coosa Country Club after he screamed at diminutive state Rep. Katie Dempsey at a lunch meeting focused on use of the E-Verify system for employment eligibility verification.

Voters may want to gauge judgment and priorities by noting that their reputation did not stop senate candidate Jason Esteves from later joining the GALEO board.

Esteves is also chairman of GALEO’s innocuously named but well funded ‘Latino Development Fund,’ which is dedicated to training future community organizers to follow up on the path set by Gonzalez.

GALEO boasts of its partnership with UGA’s J.W. Fanning Institute in this education. See also the ‘GALEO Leadership Council’ – “develop your leadership skills and support the Latinx community in Georgia.”

Sam Zamarripa, who went on to become a state senator known for opposition to immigration enforcement founded GALEO in 2003. Jane Fonda is but one American luminary on the long (and perhaps surprising, to many) list of “Founding Friends’ (#32).

*Update, Dec 17, 2021. Related: GALEO CEO Jerry Gonzalez wrote a guest column posted Dec. 15 on the liberal Georgia Recorder website urging the U.S. Senate to pass the amnesty provisions in the Democrat “Build Back Better” bill and to use that as a “stepping stone” to “passing citizenship for all.” That’s right. All. Everybody. Including the illegal aliens flooding the southern border right now. And tomorrow. And next year. It’s open borders. Read Jerry’s words here. We happily note that the Senate parliamentarian killed the amnesty provision in the ‘BBB’ bill last night.

“I’m running for state senate to fight for a brighter future,” says Esteves who serves as Treasurer of the Democratic Party of Georgia. “In his first year (as Atlanta School Board Chair – 2018), the Board adopted an Equity Policy and Anti-Racism Resolution that eventually led to the creation of the Center for Equity and Social Justice. He oversaw the process of renaming buildings with hurtful legacies,” reads his campaign site.

We may have lost count, but it appears that if he were to be elected, it would make at least three GALEO-associated state senators. Esteves would join former GALEO board member and Founding Friend Jason Anavitarte and Founding Friend Nan Orrock in the Georgia senate.

D.A. King is proprietor of ImmigrationPoliticsGA.com and president of the Dustin Inman Society.

A version of this column originally ran on the subscription news outlet Insider Advantage Georgia December 10, 2021.