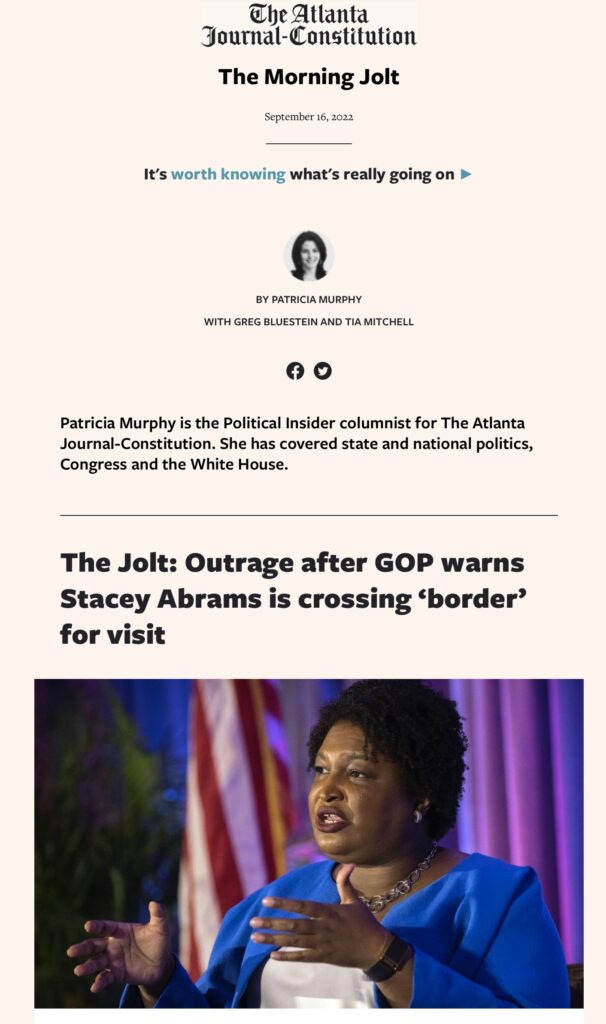 There they go again. Today’s AJC “Jolt” run by editor Patricia Murphy leaps of the screen with a headline telling readers about “outrage after GOP warns Stacey Abrams is crossing ‘border’ for visit.” As you can see below the Patricia Murphy scare takes us back to 1912 – when the Democrats ran Georgia and Forsyth County. She failed to mention that in today’s race baiting “racial cleansing” plug for the 2018 runner-up for Georgia governor. So we did. 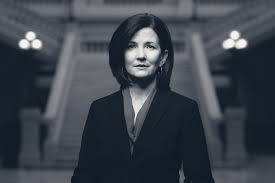 Top storyline on today’s “The Jolt” –

“Democrats are venturing deep into Republican-friendly territory they might have once avoided. And in Forsyth County, local Republicans aren’t reacting kindly to that prospect.

Melissa Clink, who chairs the local Democratic party, blasted the “dangerous and embarrassing rhetoric” from their GOP counterparts and singled out the line noting Abrams is “crossing our border.”

“Forsyth County’s history of racial cleansing and being a documented sundown town make this line especially incendiary, disgusting and shameful.”

She’s referring to the racial cleansing in 1912 that forced the Black population of roughly 1,100 to flee Forsyth County.

Clink added: “You will not silence us. If anything, your actions will make us louder.”

We reached out to the Forsyth GOP but didn’t hear back.”