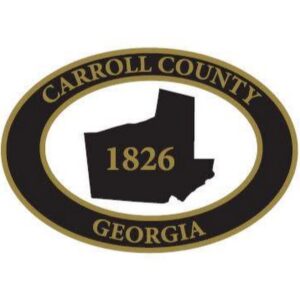 My apologies for writing so late this evening in response to your correspondence but I have been in all day budget meetings and then the normal catch up on emails, voicemails, etc following Easter.
I was somewhat perplexed after deciphering your email and feel maybe I should transcribe my memory on this topic to the best of my recollection to ensure we are all on the same page.  I remember you reaching out a couple of months back and you brought to my attention what you described as an unintentional violation of  State Law in Carroll County with regards to the application process for any and all matters relating to public assistance, namely inferring on the matter of national residency identification.  I remember being somewhat confused initially on exactly the specifics you were detailing in our phone conversation.  However, after an in-depth dialogue I responded through what I believed to be a rhetorical  question meant for clarity stating that you were essentially describing that our online application process was invalid for only requiring proof of citizenship or the admittance of Non-Citizen and/or Alien Status on the initial application process but not for renewals.  As I recall, you stated unequivocally that was exactly what you were referring to, that both initial applications AND ALL FUTURE renewals MUST require verification documentation relating to the afore-mentioned.
Understanding your specific purpose in alerting me on behalf of Carroll County, I initiated a phone conversation with a member of our legal counsel, Mr Avery Jackson and our Community Development Director, Mr Ben Skipper.  Both County representatives were very professional and astute in listening to what I was relaying on your behalf.  Mr Jackson stated he would be reaching out to you for further clarification, in which he did verify occurred along with specifics from your conversations.  Mr Skipper had a supervisor familiar with the application process and administrative upkeep within his department to contact me so that I could discuss the matter further in relaying your concerns.
I am happy to state that as your email headline identifies, I agree you were very respectful, friendly and did spend a considerable amount of time explaining the process of the error you believe Carroll County was in violation of initially.  However, there is some irony surrounding your comment hereto that, “laws are not suggestions.”  After Mr Jackson followed up with me on the matter he confirmed that you did in fact agree that the State Law cited does not require the fore-mentioned documentation be provided on renewals IF the original application proved the applicant was already an actual U.S. Citizen.  (Only if the original application proved the applicant to be a Non-Citizen and/or Alien would the necessary verification documentation be required for renewals). Mr Jackson further explained that you agreed to that general interpretation but that you additionally “suggested” that Carroll County mirror what some other Counties are doing which is requiring the verification process each and every time regardless of verification credentials at any given interval.  I would submit that you are hopefully able to decipher the irony of your email in the actual “law” as you related to me originally versus the portion of implementation enhancements that are merely, “suggestions”.
I would conclude that myself and Carroll County representatives have also been attentive, courteous and likewise spent a considerable amount of time researching the item at hand as well.
In closing, it’s my understanding that there may still be the need to tweak some language slightly on our application as it refers to State Statute but the original crux of what was brought to my attention may not exactly have been verbatim as you relayed it to me originally.
D.A., please know that I understand you are very well versed and respected in the field on all matters of Immigration and Illegal Immigration.  In addition, please know that I genuinely appreciate your watch-dog approach to these issues and I certainly commend you on the effort you place in helping to ensure the laws of this State are upheld.  As an elected official, I too personally take a vested interest in ensuring that Carroll County is compliant in all areas of law, most especially as it relates to any matters that involve illegal alien status and immigration in which you are a subject matter expert.
While I understand that Government generally never moves as fast as we would like, I hope you will also consider that short staffing, the need for research initiated internally and multiple department coordination efforts does not always allow for a rapid turn around time for completing such tasks.
Please note that my main issue with your email correspondence here is that from a layman’s evaluation you expressed about being helpful and considerate (which I agree) but that Carroll County could be viewed as recalcitrant and negligent in responding to your subject matter alert (which I would respectfully disagree).
Should you feel I have inaccurately described any of the preceding statements or context thereof please feel free to let me know.  Otherwise, please note I will have a member of the Carroll County Administrative team follow up with you on this matter as may the Madam Chair who runs day-to-day operations.  Since you copied members of the media on your original correspondence and referenced County representative interactions, I have copied Carroll County Communications Director, Ms Ashley Hulsey and legal counsel Mr Avery Jackson on this reply hereto.
With sincerest acknowledgement, I appreciate your interaction with professional knowledge on the benefits application process and please know that Carroll County will continue to explore and execute any exaction steps needed for full compliance.
Best,
Clint
Clint M. Chance
Commissioner – District 2
Carroll County Board of Commissioners
Office of the Commission – Historic Courthouse
323 Newnan Street
Carrollton, GA 30117
Office: (770) 830-5800
Cellular: (404) 313-4990