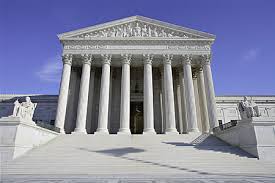 The Supreme Court says schools may not ask about immigration status

Rep Wes Cantrell is telling a lot of people that he has solved the problem created in his state-funded K-12 private school scholarship legislation. He hasn’t. He has two bills pending on this, HB 60 & HB 999. While I have not seen the language in the committee substitutes he took through the House Education Committee yesterday, I did watch the hearings online. I am glad I did. It confirmed my opinions of Rep Cantrell from my previous experiences.

This is Cantrell’s last year in the General Assembly. Note to Republican voters in his district. Please try harder next time?

Cantrell originally dodged the fact that previous versions of his bills (HB 999 & HB 60) contained no mechanism to prevent tax dollars from going to fund a private school education for illegal aliens. He only came up with an unworkable ‘remedy’ after public pressure started.  We expect the same scenario in convincing him that the current “fix”… isn’t.

As we have written before, Plyer v Doe does not address states paying for a private school education.

Cantrell has a lot of lobbying effort behind his push.

While he kept it to himself when he presented his bills to committee members (I am told he did assure the GOP House caucus that he put new verification language in) yesterday, Cantrell says on Twitter that he has added language to insure that before the state of Georgia pays out the $6000 a school year scholarship, both the student and student’s parents (either one or both?) must meet the applicable verification requirements provided for in code section 50-36-1.

It so happens that I have been working on that code section since 2006. Cantrell’s solution idea will not work. I have an idea that might – but that is for later.

Georgia law in OCGA 50-36-1 sets the procedure for verifying eligibility of applicants for public benefits. In general, it requires applicants to swear they are eligible for a long list of public benefits because of either U.S. citizenship, a lawful permanent resident (“green card” holder) or “a qualified alien or non-immigrant under the Federal Immigration and Nationality Act with an alien number issued by the Department of Homeland Security or other federal immigration agency” on a notarized affidavit.

In addition, the applicant is supposed to provide at least one “secure and verifiable document” to prove status and or identity. Then the office administering the benefit is supposed to run the information gathered through a federal database called “SAVE.”

My point is that even if the process described above is not fulfilled, before a K-12 student or his parent (s) can meet the applicable verification requirements provided in the law Cantrell cites, they must be asked to reveal their immigration status.

But none of this applies to someone under age eighteen. So we all need for Rep Wes Cantrell to explain in detail how the verification system he hid from committee members and the public would work.

As you can see on video from yesterday’s committee meeting, Rep Cantrell wasn’t interested in hearing public comment on his (HB 60) substitute language either. He stopped the chairman in mid-sentence when it was time for public input.

Yes, I know how dry and boring all this is. The alternative to understanding it is tax dollars going to fund a private K-12 school education for illegal aliens. As I said, I don’t know if there is a way to exclude the huge illegal school population from Cantrell’s “Promise Scholarship” but I have an idea.

We repeat: Not one committee member asked Cantrell about illegal immigration in his bill.