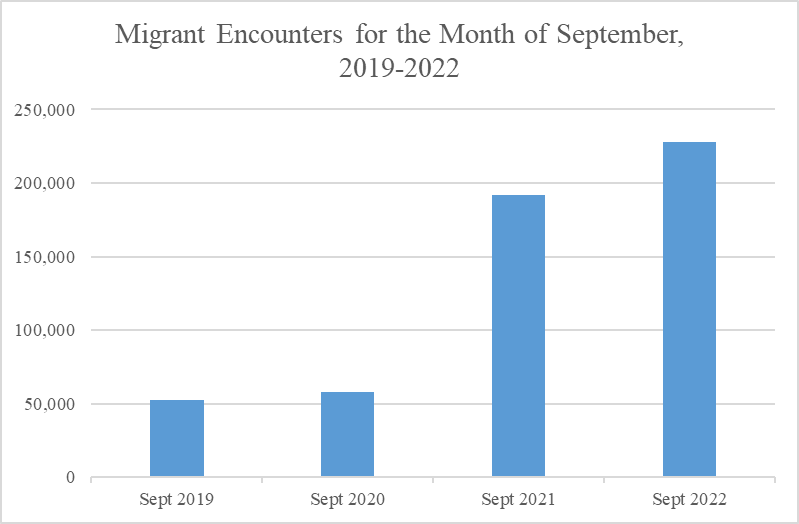 Now that the truth is out, leaders need to address the humanitarian disaste

by Andrew R. Arthur on October 24, 2022
On October 21, I questioned why CBP’s September statistics on alien encounters at the Southwest border were delayed, particularly given that immigration is on the ballot in this year’s congressional midterms and that early voting for many of those races had already begun. It was only after 11 PM that night that the agency finally released those numbers, captioned “Nationwide Encounters”. It’s unfortunately common in D.C. to hide bad news by dropping it after close of business on Friday (a maneuver termed a “news dump”), and those numbers contained some very bad news, indeed: The border is in freefall, spurred by the Biden administration’s immigration policies….read the rest here at CIS