Center for Immigration Studies
By Todd Bensman on January 4, 2021 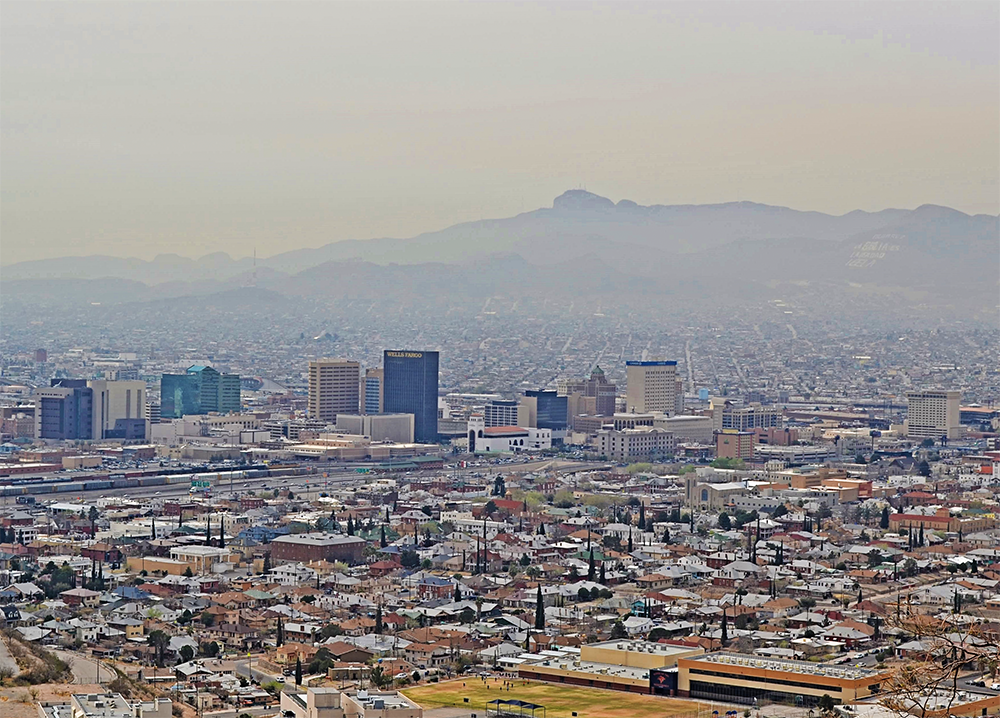 Almost lost in the distractions of the holiday weekend, on the night of December 29 up to 400 mostly Cuban migrants forced their way pastMexican immigration and over payment turnstiles on the Paso del Norte Bridge from Ciudad Juarez with a desire to force their way into downtown El Paso, Texas, according to news reporting. (Some video of the attempted incursion is here and here.)

U.S. Customs and Border Protection Mobile Field Force officers met them in riot gear and used concrete blocks tipped by concertina wire to block the onslaught mid-bridge as many of the migrants chanted “Biden! Biden!” Many demanded they be let in to live in the United States while they pursue asylum claims, instead of waiting in Mexico as required under various policies of President Donald Trump.

But with Trump still presiding, the blocked migrants with Biden on their minds were forced to listen to a recorded message broadcast over loudspeakers in Spanish and English warning that any further trouble would be met by force, arrests, and prosecution. That went on until the crowd dispersed at about dawn on December 30.

A source told the Center for Immigration Studies that CBP and Mexican authorities on the international bridge to the Del Rio, Texas, port of entry broke up another, smaller migrant formation demanding U.S. entry. Otherwise, the extent to which the attempted incursions occurred elsewhere along the southern border remains unclear at this time. But a question naturally arises from these events.

Do attempted mass incursions like these foreshadow a new flash point and tactic whereby untold tens of thousands of migrants inside Mexico can quickly test the new Biden administration on its many campaign promises of a kinder and gentler approach toward them? It bears watching.

Broader Implications of the Mass-Incursion Tactic for Incoming President Biden

This was not the first time CBP under Donald Trump has forcefully responded to surging migrants hoping to overrun the port of entry at El Paso and will almost certainly not be the last there or elsewhere.

Especially not now, judging by the chants and media interviews on the Paso del Norte Bridge this time about Biden’s many immigration promises heard widely throughout the Americas and beyond, including an amnesty bill, an end to deportations, and reversal of Trump immigration policies during his first 100 days in office. While sharp analysts like my CIS colleague Mark Krikorian judge that Biden is likely to slow-boil the frog on some of his immigration promises for pragmatic political reasons, what was said on the international bridge during the recent confrontation confirms that migrants don’t necessarily pay close attention to in-the-weeds political timing so much as big, broad, and directional messages.

The migrants on that bridge showed up with high expectations that the coming Biden administration somehow had already managed to swing open the gates as promised, never mind that Trump still has a few weeks to go.

The Mexican newspaper El Sol de Parral quoted Enrique Valenzuela, head of the Chihuahua State Council for Population and Migration, who was at the bridge last week, as saying a false social media rumor that the Americans would start letting migrants pass through that night easily sparked the event. He said that happened because “there is expectation, there is hope and there is enthusiasm in them [sic] who believe that with the change of administration comes new measures and that they will immediately enter and there will be new conditions that will allow them to request asylum.”

Raul Pino Gonzalez of Havana was quoted at the bridge saying: “They should let us pass. We are calling out to Mexico and the U.S. and to Biden, the new U.S. president, to remind him of the presidential campaign promises he made. To make him aware we are here.”

While events like this have happened before, time and place make these fresh mass-entry attempts very different. At issue with the mass-incursion tactic is whether the new administration will show similarly stiff, riot-gear resolve toward follow-on attempts, or let them pass to avoid the look of forceful confrontation.

In this Hobson’s choice, the Biden administration would face the politically bitter prospect that violent confrontations would be among its first interactions with migrants. Should the administration choose the obvious alternative of letting such groups pass on the bridges or elsewhere, it would naturally follow that any successful breach would only inspire more, which could quickly spiral into a nationally hurtful border crisis, given the vast populations of frustrated, angry migrants in Mexico and far beyond at the moment.

While the exact number of migrants pooled up in Mexico is not clear, the reservoir of people who would enter through any first breach is clearly vast and deep.

Several Trump policies that Biden promises to reverse have forced economic migrants who’d use the asylum system to attain American prosperity to wait in Mexico since the summer of 2019. One of those policies, the Migrant Protection Protocols (also known as the “Remain in Mexico” program), has returned some 70,000 mostly economic migrants to Mexico to wait for their mostly meritless asylum claims to process, preventing them from disappearing inside the United States after judges inevitably decline those claims. More here.