Which drivers license would you rather see used as “proper identification” at polls in the 2022 elections?

HB228 is now hostage in the Republican-controlled Special Committee on Election Integrity. It is in the sub-committee Chaired by Rep Bonnie Rich. 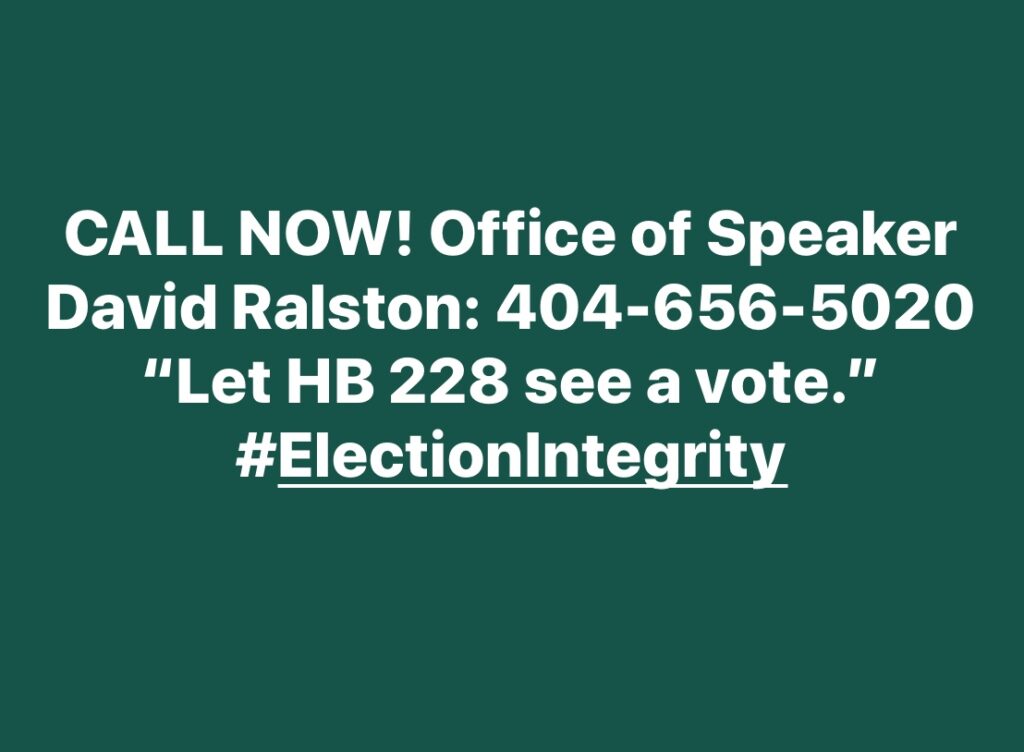 1) We hope to amend current law to clearly exclude non-citizen ID and driving credentials from the list of “proper identification” acceptable for voting purposes. This bill should be regarded as a simple housekeeping bill, as we assume the absence of similar language was an oversight in previous legislation effecting vote security.

2) We also propose to change current law to require DDS to add the phrase “BEARER NOT U.S. CITIZEN – NOT VOTER ID” to all drivers licenses and ID cards issued to foreign nationals.

In numerous occasions, it has been illustrated by curious citizens that poll workers are not aware of the LIMITED TERM credentials now issued by DDS to foreign nationals and are trained to accept “any Georgia-issued drivers license/ID…” as proper ID at the polls.

We are not saying we have direct knowledge of non-citizen voting, only that in today’s troubled times, the legislature should employ both a belt and suspenders to increase voter confidence in the entire system and eliminate room for error and confusion.

It seemed like a good idea: Cut the bureaucracy by adding voters automatically and welcome more residents to political participation. Since April 2018, when California residents go to the Department of Motor Vehicles to register a car or get a license, they are added to the state voter rolls — unless they opt out.

But DMV officials later found more than 100,000 registration errors in the first year, including some voters registered to the wrong party. And at least one noncitizen (state officials still are investigating how many in total) was accidentally signed up — a significant error since noncitizens aren’t allowed to vote.”

The Washington Free Beacon informs us of The Public Interest Legal Foundation (PILF), a Foundation that focuses on election integrity law. PILF found that the State of Illinois has admitted that a minimum of 574 non-citizens was added to their voter rolls and at a minimum 19 of them actually cast votes in the 2018 election.
Read More: Does Automatic Voter Registration Lead To Illegal Voting; Yes | https://wbckfm.com/does-automatic-voter-registration-lead-to-illegal-voting-yes/?utm_source=tsmclip&utm_medium=referral

It is our intention to stay far away as possible from mistakes made in California and other states concerning illegal voting. This legislation is a timely, commonsense and easy safeguard. We look forward to answering objections to these two simple steps to voter security reform in Georgia.