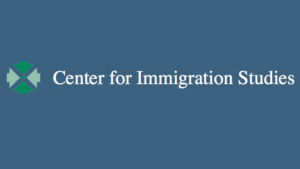 Science, Technology, Espionage, and Math Are STEM students from the People’s Republic of China jeopardizing our economic and national security?

One-third of all foreign students in the US are from China. In many cases vetting is not effective as students are only approached for intelligence-gathering purposes by the PRC after arriving in the U.S. or after returning to China.

From the Washington-based Center for Immigration Studies.

The People’s Republic of China under Xi Jinping believes that war with the United States is inevitable. Depending on the outcome of Russia’s invasion of Ukraine, the risk of armed conflict might come sooner rather than later. A Russian victory might entice the PRC to invade Taiwan, which could very well draw in U.S. troops.

The Chinese Communist Party is intently focused on modernizing its military to close the gap between U.S. and Chinese military power, embracing critical and emerging technologies to serve as “assassin’s mace” or “silver bullet” technologies. A RAND Corporation analyst has testified that should it succeed:

[This would] represent perhaps the most destabilizing geostrategic development of the 21st century. [S]teep advances in the [People’s Liberation Army’s] PLA’s conventional capabilities … could, for the first time in modern history, pit the United States against a militarily superior adversary.

[N]o country poses a broader, more severe intelligence collection threat than China. China has pioneered a societal approach to stealing innovation any way it can [including] … through graduate students and researchers. … Nation-state actors are … targeting academia — including professors, research scientists, and graduate students [seeking] our cutting-edge research, our advanced technology, and our world-class equipment and expertise.

In 2018, the Department of Justice set up the “China Initiative” to deal with these threats. The Biden administration has shut it down.

Given the paucity of effective mechanisms to prevent students from the PRC once in the U.S. from engaging in espionage and otherwise bringing the fruits of our scientific research back home, it may be time to consider barring the entry of all students from the PRC, or at least those who will be studying in STEM or other fields likely to give them access to information and research of value to the PLA.

While of course not every such student will engage in deleterious activities while in the U.S. (or after they return home), a sufficiently large number will that, given the impossibility of the U.S. government conducting sufficiently in-depth background checks on each of them (as a result of a lack of resources or access to the necessary information), a blanket ban might be the only effective alternative. And, in many instances, students are only approached for intelligence-gathering purposes by the PRC after they have arrived in the U.S. or after they have returned home to China. In such cases, pre-vetting would be ineffectual.

Such a blanket ban would be advisable only for so long as the PRC seeks to undermine around the world the values we hold dear, considers America an enemy, conducts (and solicits Chinese students in the U.S. to conduct) massive amounts of espionage against us, pilfers our nation’s intellectual property, and prepares for future armed conflict against us. However, it is impossible to say when the PRC will cease and desist.